The Vietnam national under-16 football team recorded a 7-0 thrashing over their Mongolian rivals in the qualification stage for the 2020 AFC U-16 Championship in Hanoi on September 18, with the result meaning the team currently top Group H.

From the game’s opening minutes, the Vietnamese team dominated the fixture, creating a host of chances and threatening the Mongolian net. Van Chi opened the scoring in the fifth minute with a shot from 11 metres out. 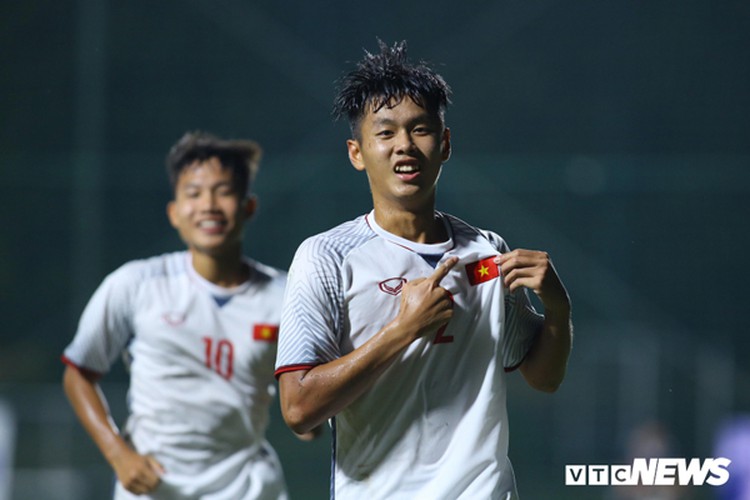 The team, led by head coach Dinh The Nam, put on a confident display.

The Vietnamese footballers maintained their strong performance in the second half with three goals from Van Quy, Minh Tu, and Duc Vinh in the 74th, 75th, and 80th minutes, respectively. 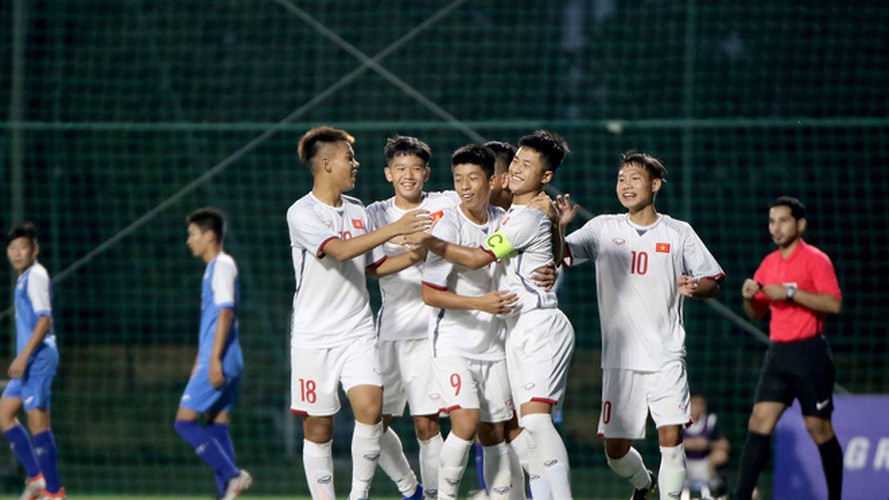 At full time, Vietnam’s U16 team recorded an easy 7-0 win over their Mongolian rivals. The win was the team’s second win of the qualifiers following a 2-0 win over East Timor in first match of the tournament.

Vietnam are currently hosting Group H, which comprises of Australia, East Timor, Mongolia, and Macau. The squad’s next fixture will be against Macau (China) at 6pm on September 20. 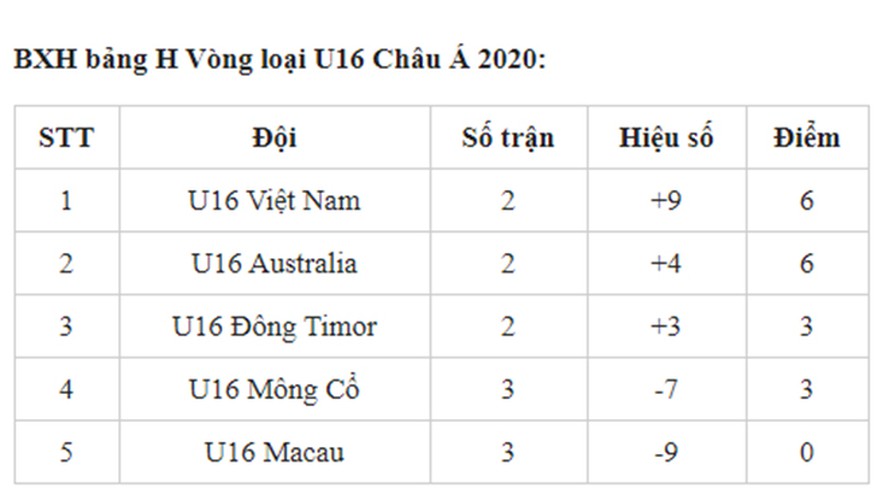 Vietnam’s U16s are currently top of Group H, level on six points with second-place Australia, but higher on goal difference. Completing the group are East Timor in third, Mongolia in fourth, and Macau (China) in fifth.

icon
'Maskne' and bold makeup: How masks are changing how we look
icon0
Load more›