The Ho Chi Minh City Ballet, Symphony Orchestra and Opera (HBSO) is creating a new ballet based on Vietnam’s 18th century poetic masterpiece ‘Tale of Kieu’, marking the first time the masterpiece has been adapted to ballet stage. 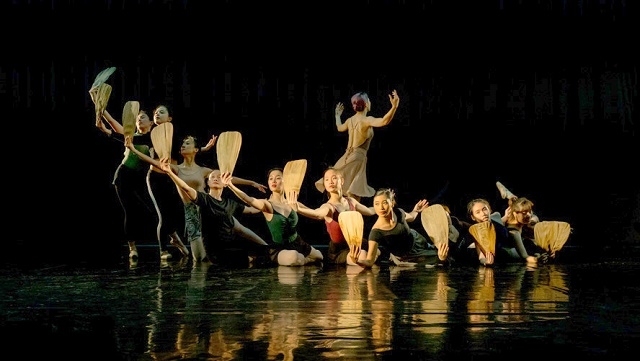 The ballet will be introduced to the public this June at the Ho Chi Minh City Opera House and at the Hanoi Opera House two months later.

Featuring excerpts from ‘The Tale of Kieu’ by celebrated poet Nguyen Du (1776- 1820), the shows will enthral the audience with a fresh new perspective by blending together classical ballet style and Vietnamese traditional dances.

In addition to the symphonies and contemporary music, the ballet will also ultilise ca tru (ceremonial singing), xam singing (ballads sung by wandering blind musicians), and other Vietnamese folklore based musical genres.

‘The Tale of Kieu’ is widely regarded as the most significant work of Vietnamese literature.

In 3,254 verses, written in luc bat ("six–eight") meter, the poem recounts the life, trials and tribulations of Thuy Kieu, a beautiful and talented young woman, who has to sacrifice herself to save her family.

The masterpiece has been translated into many foreign languages, including Russian, French, English, German, Romanian and Spanish. Nhan Dan

icon
Vietnam to play friendly with Kyrgyzstan on October 8
icon0