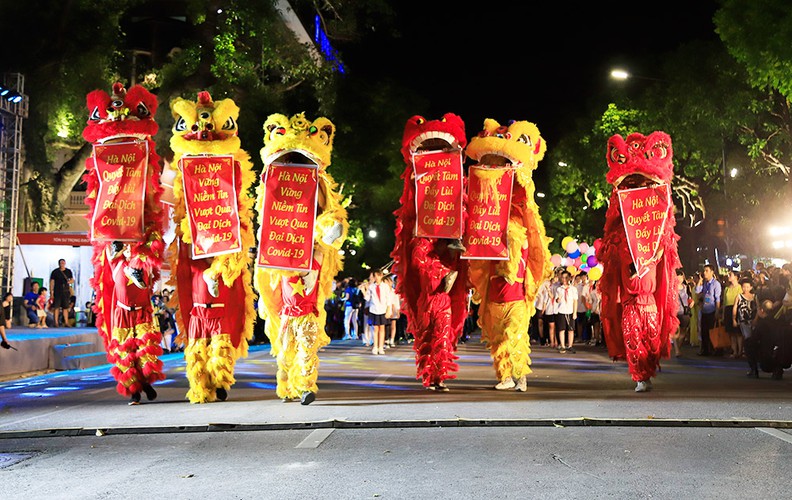 The festival aims to promote Hanoi as an attractive tourist destinations and respond to the programme “Vietnamese people travel Vietnam” launched by the Ministry of Culture, Sports and Tourism. 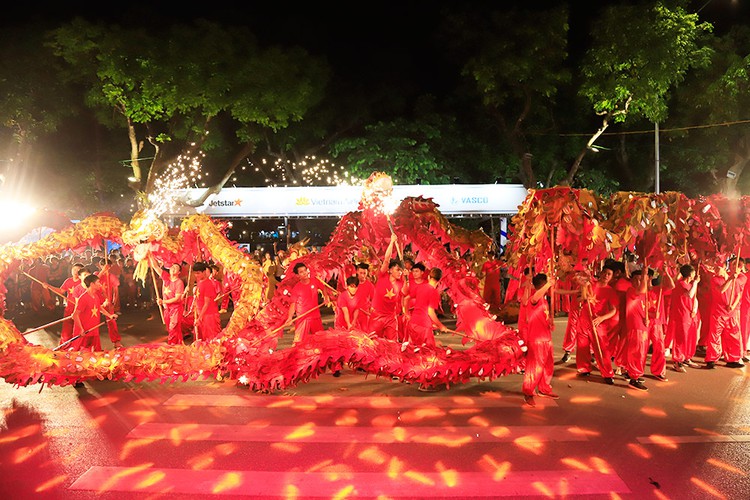 More than 3,000 people, including artists, actors, artisans, practitioners of traditional intangible cultural heritage, participate in the event, marching along walking streets in the Old Quarter. 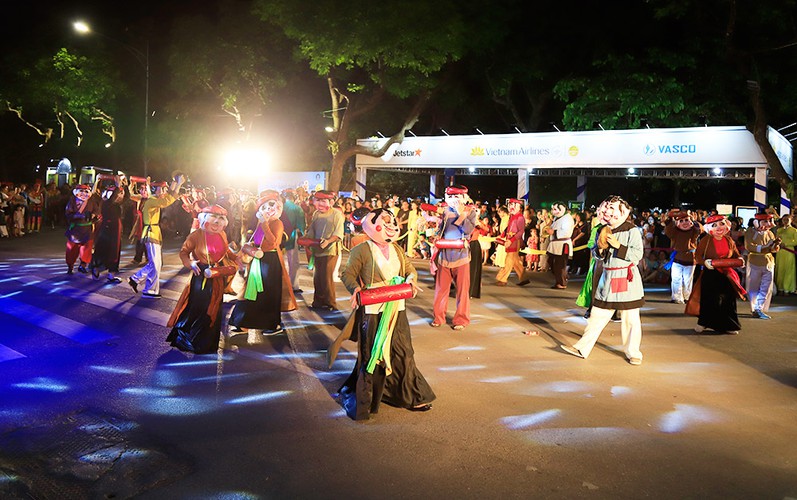 They are divided into 8 performance blocks, led by soldiers, police, doctors who are on the frontline against the COVID-19 epidemic. Then come folk artists, craft men, the elderly, sportmen and children. 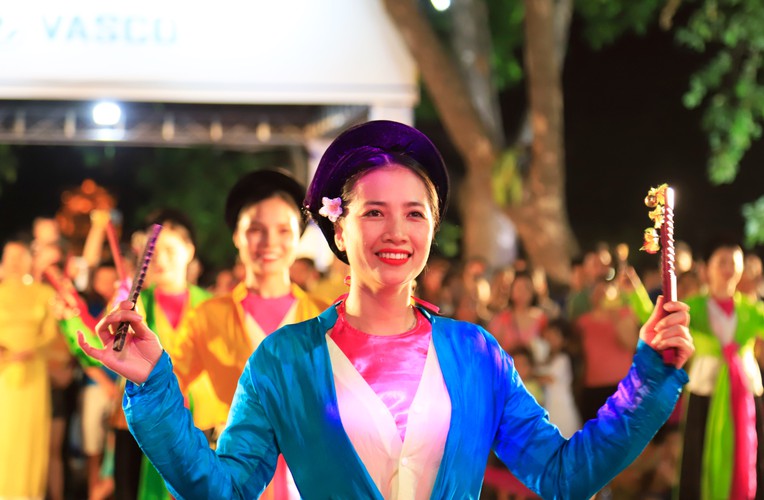 One of the highlights of the festival is the performance by folk artists who display traditional genres of folk dances which have been preserved for years. 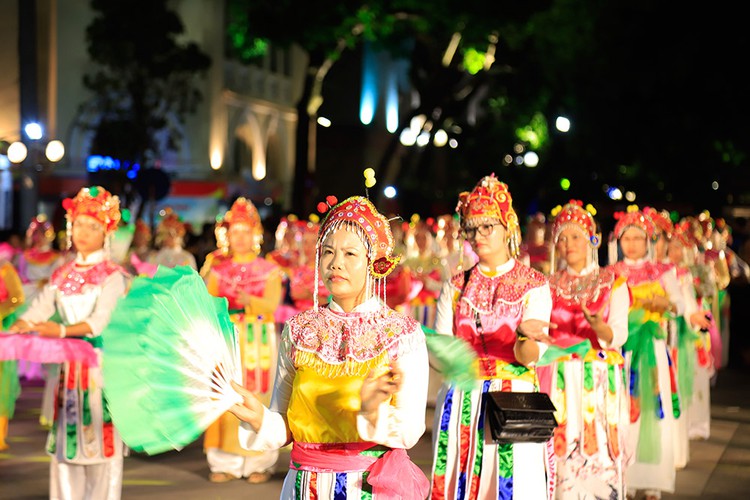 Bài bông is part of the Ca Tru (ceremonial singing) which was solemnly held at guilds’ important ceremonies in the past. 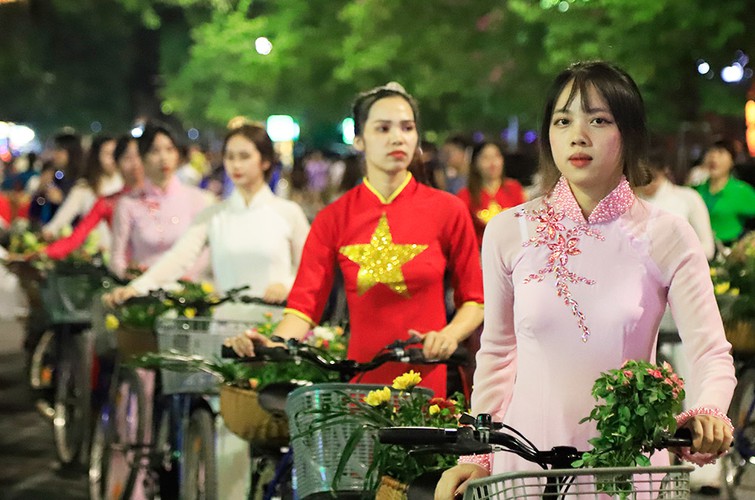 The flower bicycle parade reminds viewers of an old Hanoi, with endless reminiscences of elegant girls in the traditional long dress (Ao Dai) riding a bicycle on street. 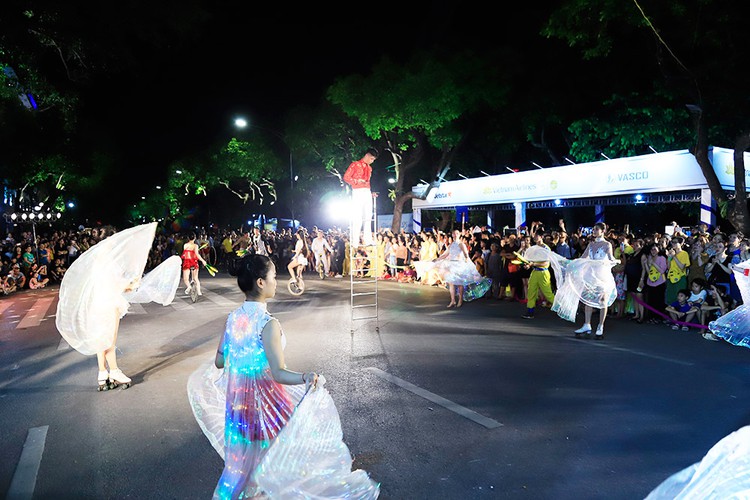 The art performing division boasts of pieces of circus, bicycle riding, street magic, rollerblading among others. 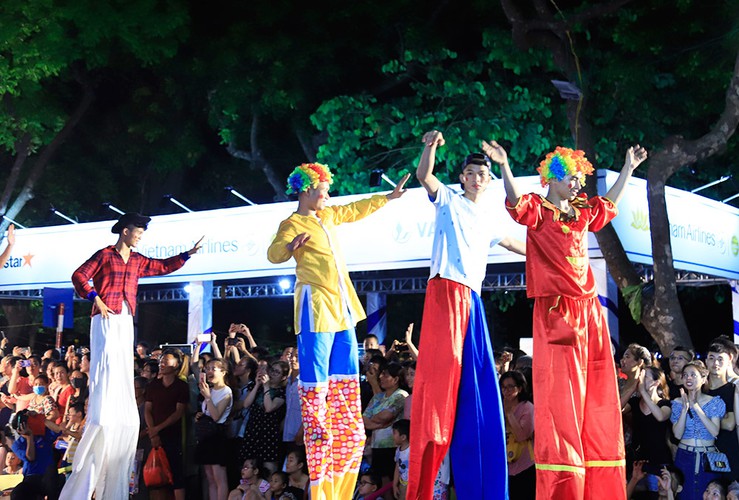 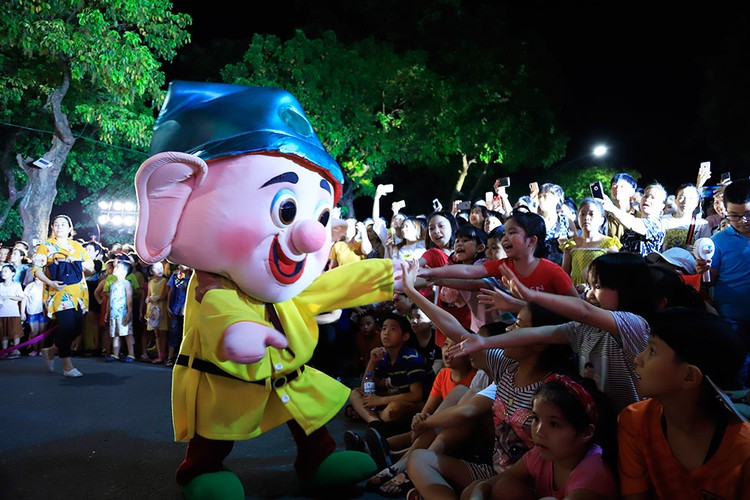 Children are excited to interact with circus artists. 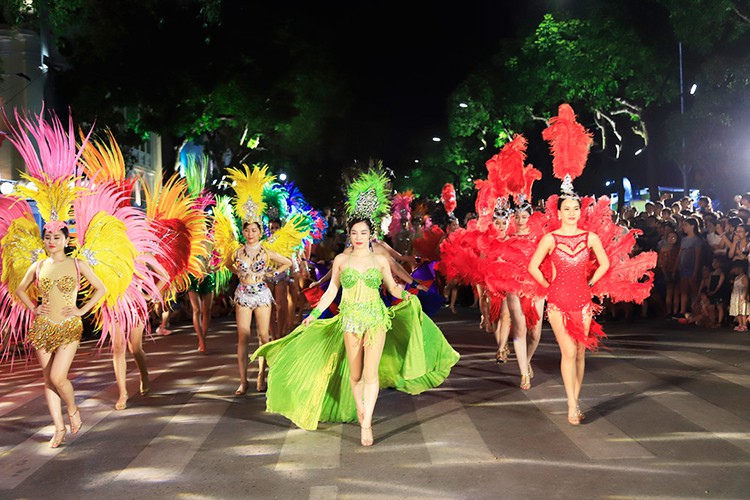 In typical colourful costumes, dancers stir up the atmosphere in the Old Quarter 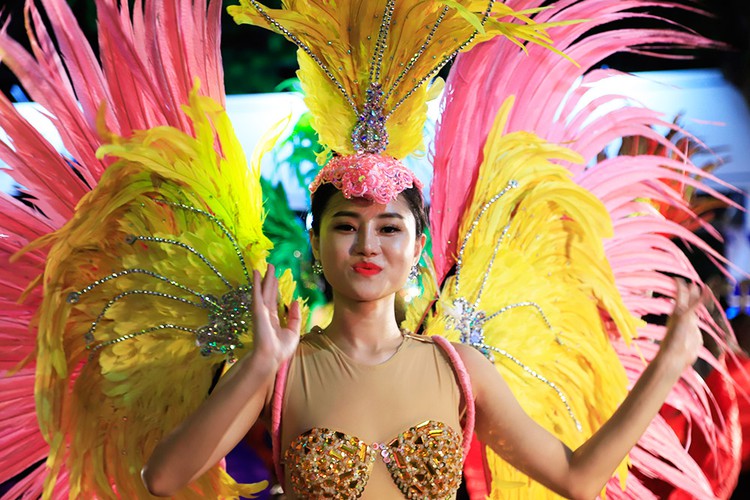 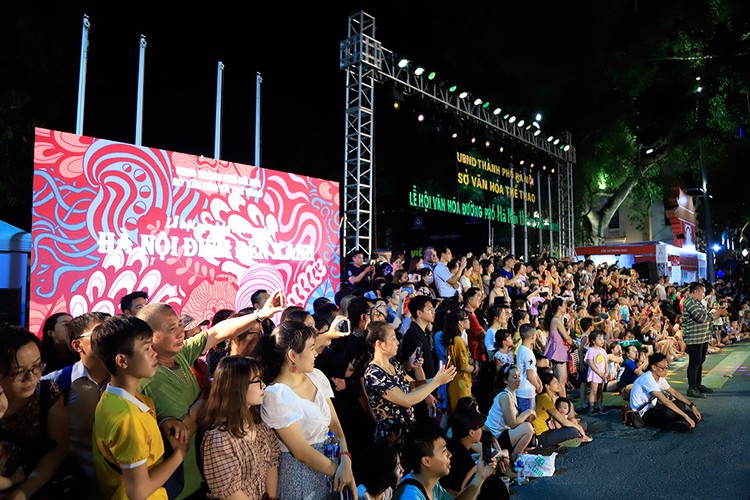 The festival has attracted the participation of thousands of local residents and visitors. 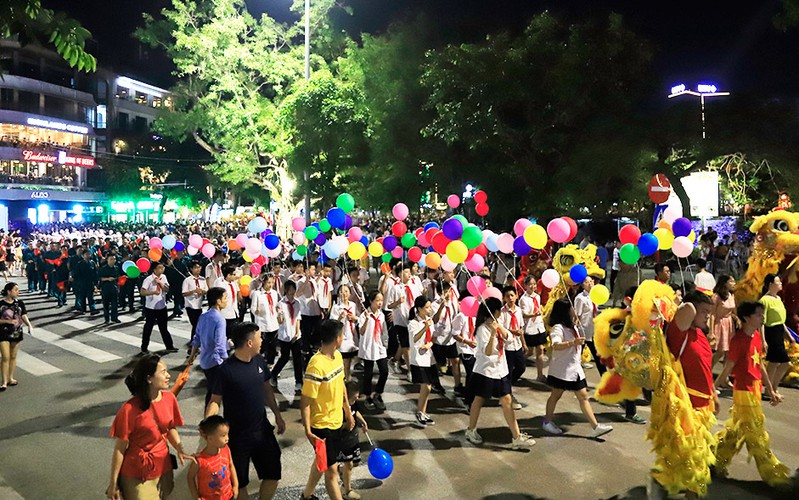 Various much-awaited cultural activities are to take place on the evening of June 28 in the pedestrian zone around the Hoan Kiem Lake in the city centre.