Rock and rap: alive and well in Vietnam

Rap has emerged from the underground music scene and now frequently appears on top 10 song lists on Vietnamese music charts. But rock music, which peaked in popularity in the 2000s, is also thriving.

Rock and rap, two music genres that originated overseas, were not that popular two decades ago in Vietnam, but thanks to their special characteristics, they have become more mainstream and have been passionately embraced by local young people. 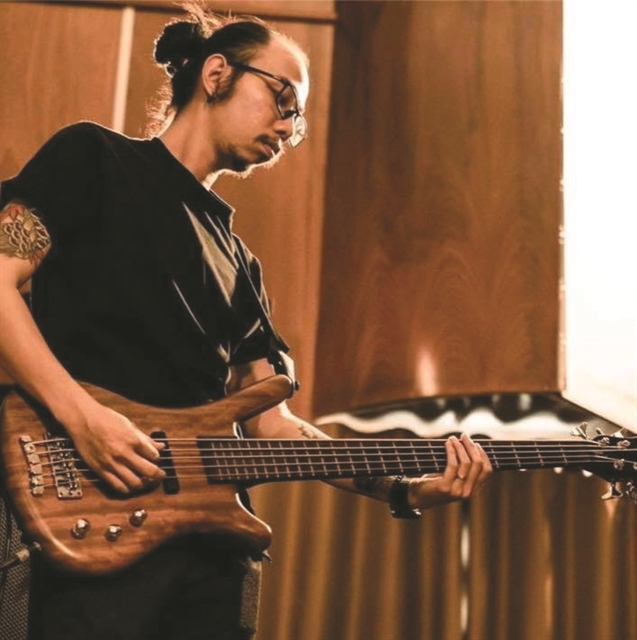 Rockers like Vinh are still dedicating themselves to contributing and building the rock music community.

The two genres, with their emphasis on freedom of expression, have had different paths of development in the country.

About four years ago, rap was viewed as underground music and few people listened to it, but now rap songs are always in the top 10 on Vietnamese music charts.

In the late 1990s, rock began developing strongly in Vietnam, but the glory days were in the 2000s. With famous bands like Buc Tuong (The Walls), Da Vang (Yellow Skin), Unlimited and Titanium, rock was the hottest flame in Vietnamese music at that time.

After that decade, rock began to see many changes and transformations to attract more listeners.

A month ago, on social network platforms and rock forums, a discussion broke out after a question was raised: Is rock dead?

He wrote that rock was dying because rockers and rock fans were not daring to be creative. They all lived in the past. But pop music, which is changing every day, has developed more than rock, according to Toản.

His post received mixed opinions. Some agreed, while others did not.

Tran Trong Vinh (nickname Vinh Rau), a guitarist with Cho Quan band, tells Vietnam News that when he saw the comments on the Facebook post, he knew that rock was not dead and that many people still loved it.

“After Rockstorm, one of the biggest Vietnamese rock concerts, was cancelled, and the living monument to Vietnamese rock, the leader of The Wall band, Tran Lap, died of cancer, Viet rock no longer worked the same way as it did before, but rock can still live forever,” Vinh says.

Rockers and their fans are still dedicating themselves to contributing and building this community, Vĩnh adds.

Today, rock has gone beyond its boundaries, and has changed to better suit the tastes of listeners.

“Now, rock is not only one genre, but is also considered material to be used in other musical works,” Vĩnh says.

The music produced by young bands like Ca Hoi Hoang (Wild Salmon), Chillies, Ngot (Sweet), and Klaf are all rock. They have transformed rock into a softer, easier-to-listen and more accessible music for the masses.

"This is a good change and very essential for the development of rock," Vinh says. "The number of people listening to rock hasn't decreased. People listen to rock all the time, but it's just that some of them are not aware how rock has changed."

Vu ngoc Khoi, guitarist and composer with the Wild Shadow and Nam Toc bands, also agrees that rock is not dead.

However, rock music no longer has many sponsors as it did in its heyday, leaving fewer people with the opportunity to experience this kind of music.

Rock is also inactive on music platforms, but is very active in underground communities. In fact, the number of music shows for rock fans has not decreased in Vietnam.

Due to the development of technology, rockers can now learn more quickly. The younger rock generation after 2010 is very talented, both in technical skills and musical mindset.

Thanh Tung and Phuc Toan of the Cheffin’ band say that even though they face financial difficulties, they still love rock. Some members are still in school, and some have to work other jobs so they can follow their passion.

"We have positive prospects for the future of rock because many young people can no longer listen for free like it was before," Tung says.

Toan notes that the band wants to produce "the best music product for the audience, so we always try to do our best to get there".

The history of rap in Vietnam has seen many ups and downs. The music was not well received by audiences when it first arrived in the country.

But thanks to the influence of Vietnamese living in America, where hip-hop was born, it began to thrive. In the late 90s, rappers like Khanh Nho, Phong Le, Thai, and Zolek were the first generation to build a Vietnamese rap community.

In the past, rap had rough and dark lyrics and often talked about violence, drugs and gang life. However, now the lyrics are more poetic and have lovely and witty metaphors and similes. This has drawn the music closer to the general public.

Previously, in rap competitions, rappers often used inappropriate language and swear words in their lyrics. But in recent competitions, rules have prohibited rappers from using these kinds of words. As a result, rap competitions are now being broadcast on state-run television, receiving more attention from viewers.

Binz, one of the most famous rappers in Vietnam, says the ban of swear words in lyrics made these songs more accessible to audiences. Many rappers are also contributing to changing the negative attitudes toward rap music.

The rise of rap in the country has inspired professional rappers and underground artists, who are looking for opportunities to advance in the music market.

In early August, the Rap Viet and King of Rap television shows brought a breath of fresh air to the rap community as well as to the entertainment market and audiences.

The two shows are the first competitions seeking talented rappers that have aired on Vietnamese television VTV.

Both of the shows were adapted from foreign versions. While the first is adapted from The Rapper of Thailand, a show widely known in Asia, the second holds a copyright from South Korea’s Show Me the Money rap competition.

The TV shows are a clear indication that Vietnamese rap is booming, starting as a musical form that served a small community to quickly rising to the top positions of the "top trending" lists on YouTube.

Rap Viet and King of Rap also frequently trend on social networks, creating excitement among audiences with each episode of the shows.

In episode two of Rap Viet, the show reached more than 500,000 people watching live on YouTube, a record-high in Vietnam.

Rapper Wowy says the first generation of rappers are thrilled to see these young rappers performing on such stages.

"Thanks to the efforts of rappers and Vietnam's integration with the world, rap music can develop well," he adds.

“I really believe that rappers will be more and more successful. Just keep working. They will reach success,” Wowy says.

A new generation of rappers is now being formed, offering different shades of musical "colours" compared to the previous rappers of the last decade or more.

This new generation is emerging from the underground scene and becoming more popular than ever.

Ricky Star, a talented rapper from Can Tho, for example, impressed all four coaches with his creativity on Rap Viet. He used rap music to tell a folk story that is familiar to all Vietnamese. His performance was considered the most unique in the first round of the show.

Such performances show that stories that rappers want to deliver to the audience have changed a lot in rap.

Fan Hoang Bao, 19, says that he likes the creative performances, lyrics, rhythm and puns in both TV shows, and the fact that there is less negativity.

Local rappers are also getting more regional and international exposure. Last year, MTV Asia rebooted the Yo! MTV Rap show, an iconic hip hop show with the participation of 33 top rappers in Asia.

Yo! MTV Rap plays an important role in developing rap and hip-hop in the region. With two talented Vietnamese performers featured on the show, it is clear that hip hop is being recognised in Vietnam as well as the international community, extending well beyond its roots in the US. 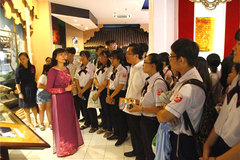 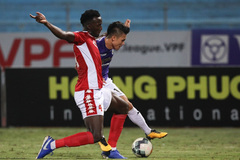