The Ministry of Culture, Sports and Tourism has just announced the top 10 culture, sports and tourism events of 2019.

The Law on Libraries which was adopted in November, 2019 contributes to creating a legal framework for the development of the sector, promoting reading culture and ensuring the right to access information, culture and help the lifelong learning of people. 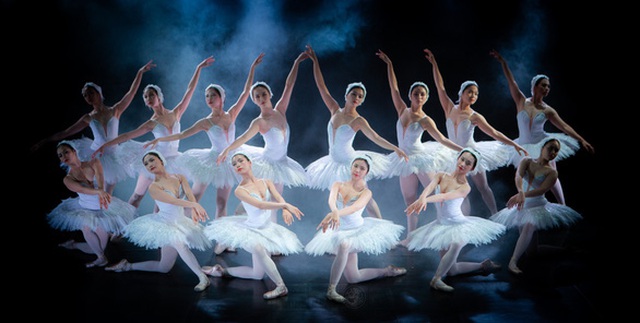 Tchikovsky’s ballet masterpiece Swan Lake was last performed in Vietnam was in 1985 under the direction of a Russian expert.

The play was staged again on October 7, 2019 by artists from the Vietnam National Opera and Ballet Theatre as an event to celebrate the theatre’s 60th anniversary.

Then, a ritual practice in the spiritual life of Tay, Nung and Thai ethnic people in northern mountainous provinces of Vietnam, has been added to the UNESCO Representative List of the Intangible Cultural Heritage of Humanity in mid-December 2019.

Cai luong is a form of modern folk opera which is particularly popular in southern Vietnam. It is the convergence of southern Vietnamese folk songs, classical music, tuong (traditional opera) and modern spoken drama.

With 98 golds, 85 silvers and 105 bronzes, the Vietnam sports delegation claimed second place in the overall medal tally at the 30th Southeast Asian Games, which was held in the Philippines.

Vietnamese football had a successful 2019 with two gold medals in both the men’s and women’s tournaments at the 30th SEA Games.

The capital will host a Formula 1 Grand Prix for the first time in April 2020, becoming the 22nd city in the world to host the series. (NO, 31 other countries have already hosted F1 events so this is not accurate https://en.wikipedia.org/wiki/List_of_Formula_One_Grands_Prix#By_host_nation , this is just countries, some countries with multiple F1 races have held them in different cities, making it even more)

Vietnam received over 18 million international tourists in 2019, the highest level so far. The number showed a year-on-year rise of 16.2%.

Total revenue from both international and domestic tourists in 2019 reached VND726 trillion (USD31.4 billion), a 17.1% increase over the previous year.

In 2019, Vietnam was honoured with global prestigious prizes such as the World Golf Awards, the World Travel Awards, and the Asia’s Best Destination.