The 2019 Japanese Film Festival will be held in Hanoi from December 6-22, promising to entertain the audiences of the capital city. 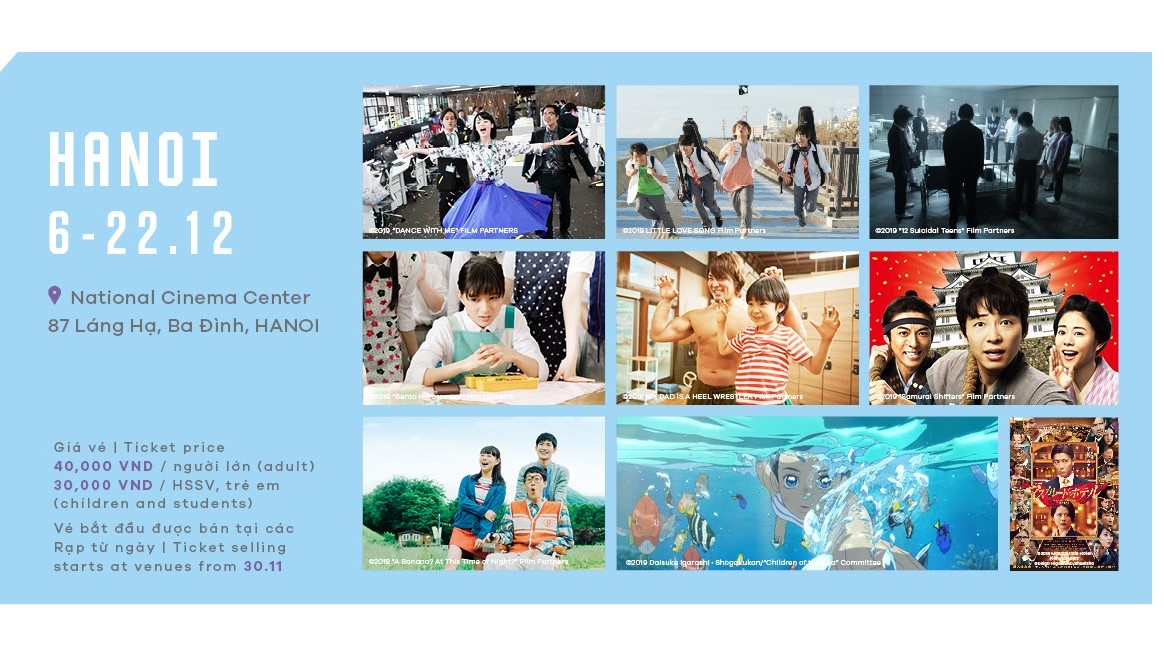 The festival, held by the Japan Foundation Centre for Cultural Exchange in Vietnam, will feature nine new Japanese films in different themes, including psychology, comedy, detective and animation.

All films will be screened in English and Vietnamese sub-titles at the National Cinema Centre at 87 Lang Ha Street.

Through the annual event, Vietnamese audiences can learn more about the culture and life of Japanese people and deepen their interest in the 'Land of the Rising Sun'. VNS