Nguyen Hoang Duc scored a stoppage-time goal as Vietnam U22s came from behind to beat their Indonesian opponents 2-1 in their third Group B clash at the Rizal Memorial Stadium in Manila, Philippines on December 1.

Despite trailing by 1-0 throughout the first half, Park Hang-seo’s side still fought bravely and restored the balance after the break thanks to Nguyen Thanh Chung’s back header.

As everyone had thought of a 1-1 draw for both teams, Hoang Duc fired a beautiful left-footed curler from long range to seal a nail-biting triumph for the Vietnamese team.

With the full three points against Indonesia, Vietnam U22s continue to retain their top spot in Group B and have made a great stride towards securing a semifinal place.

The two sides, who had been level on six points after two consecutive victories, started the match cautiously, making the first 10 minutes go by without any clear-cut chances.

Vietnam produced the first shot in the 16th minute, but Tien Linh’s strike from the edge of the box was blocked by an Indonesian player.

The deadlock was suddenly broken by Indonesia seven minutes later. In an effort to parry a right-wing cross over the goal, Vietnam keeper Bui Tien Dung could only punch the ball onto the crossbar and Sani Rizki Fauzi headed in on the rebound to open the scoring for Indonesia.

The unexpected goal drove Vietnam U22s to put up their pressure seeking to restore the parity. Park Hang-seo’s side came close to leveling the score immediately afterwards, as Do Hung Dung played one-two passes with Trong Hoang to penetrate into the penalty area, but eventually skewed a volley closely wide to the regrets of home fans.

Trong Hoang threatened to score for Vietnam a few minutes from halftime, as his powerful strike from about 25 metres was tipped out for a corner kick by Indonesia goalkeeper Nadeo Winata.

Despite trailing behind throughout the first half, Park’s troops still showed a tireless fighting spirit and continued to push hard for an equaliser after the break.

Vietnam captain Quang Hai missed the chance in the 50th minute, as he took a delightful pass from Tien Linh inside the box but failed to beat the Indonesian keeper in the final attempt.

Vietnam’s efforts eventually paid off four minutes after the hour mark, with Nguyen Thanh Chung blasting a back header toward the far corner of the goal from a left-wing corner kick to tie the score.

The equaliser relieved pressure off Park’s players, inspiring them to play more confidently and dominate possession in the following minutes.

Hoang Duc tested keeper Nadeo with a 75th-minute volley from outside the box before Hung Dung blasted an annoying shot from 25 metres three minutes later forcing the Indonesia goalie to parry it for a corner kick.

Vietnam almost turned the tables on the stroke of the full-time whistle as Duc Chinh’s close-range back-heel shot came back off the post.

Shortly afterwards, Hoang Duc became the hero of Vietnam U22s by blasting an unstoppable strike toward the top corner of the goal to round off a thrilling 2-1 win for Park’s side.

The third consecutive victory has helped the Vietnamese team to stay on top of Group B three points clear of Indonesia and Thailand, who trounced Singapore 3-0 in another clash on the same day.

Vietnam will play their second-last group match against Singapore on December 3. Nhan Dan 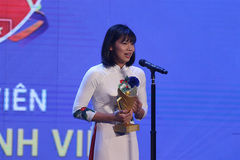 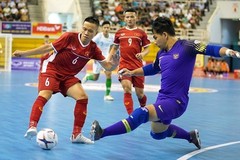 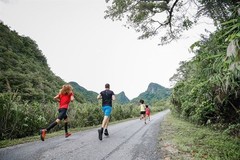 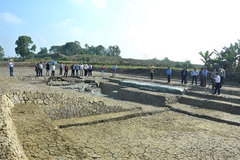 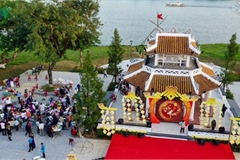 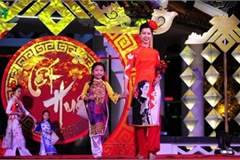 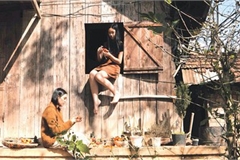 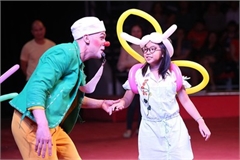 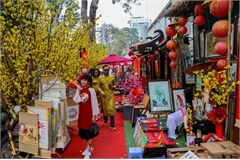 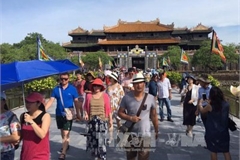 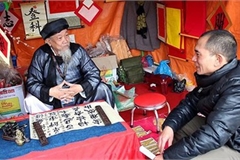 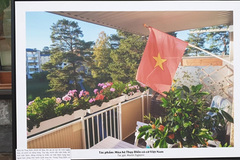 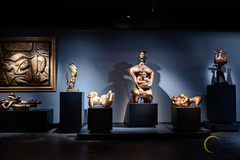