An Ao Dai, the nation’s traditional long dress, fashion show which features Vietnamese cultural heritage through UNESCO took place at the Temple of Literature in Hanoi on June 28. 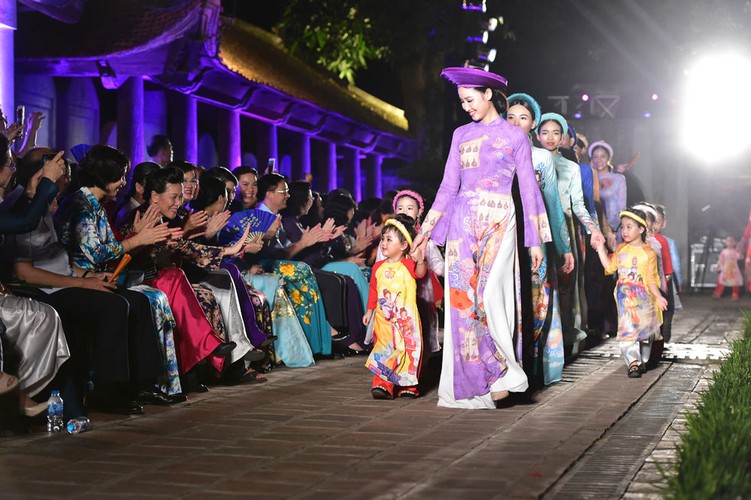 A total of 21 local fashion designers are chosen to introduce more than 1,000 outfits to the general public. 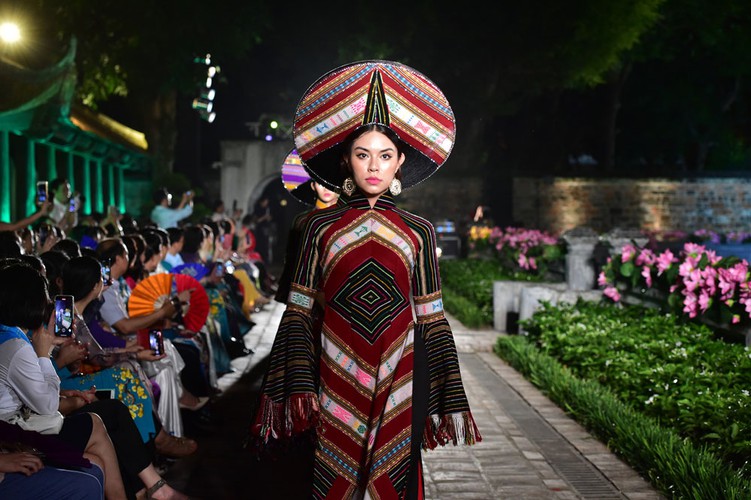 Notable national places such as Ha Long Bay, the Trang An tourism complex, and Dong Van stone plateau have all been printed onto the back of her Ao Dai. 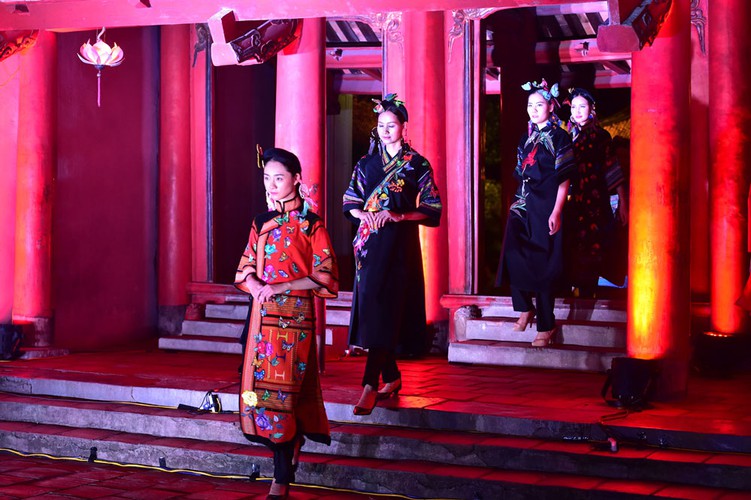 Over 200 models participate in the event, including students of the Vietnam Women’s Academy, children, and foreign citizens living in Hanoi. 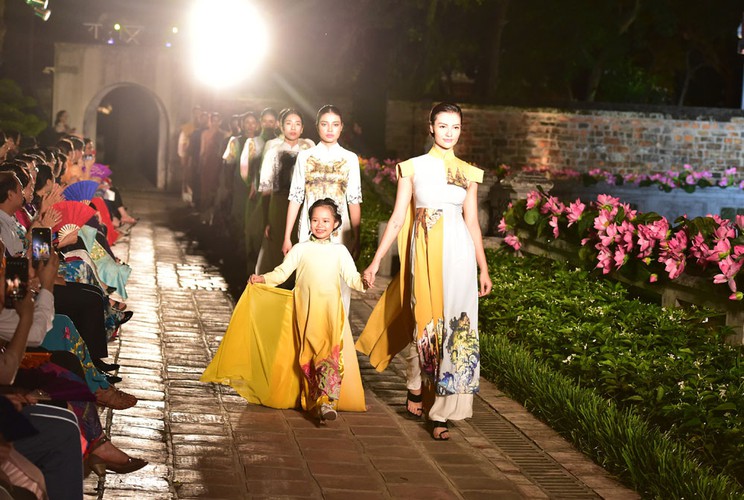 As many as 400 lanterns are hung throughout the Temple of Literature which serves to make the space appear more sparking than ever. 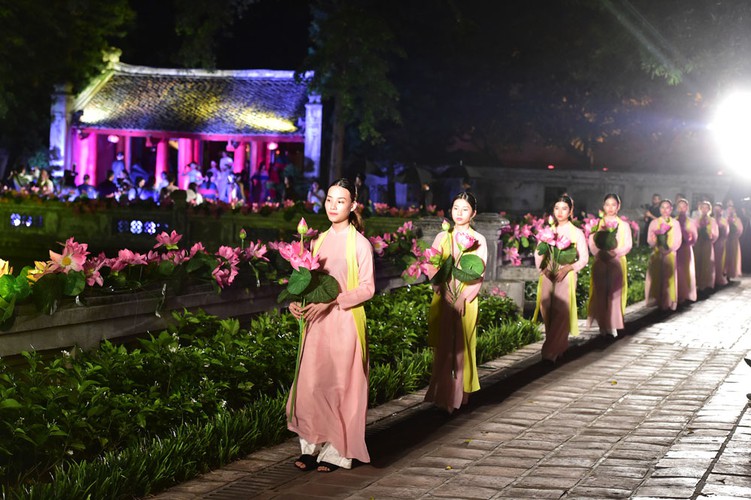 The fashion show is widely considered to have been one of the biggest events of its kind in terms of size. 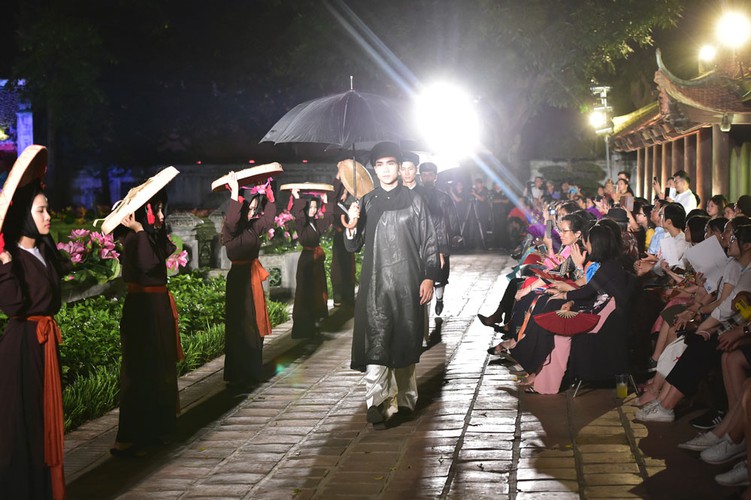 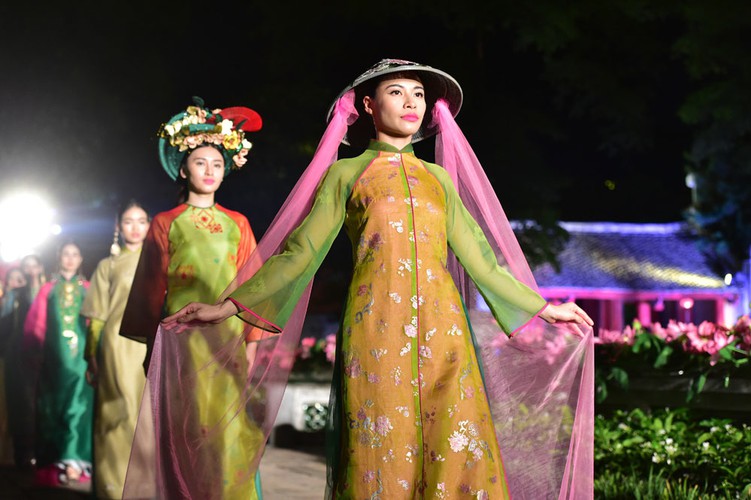 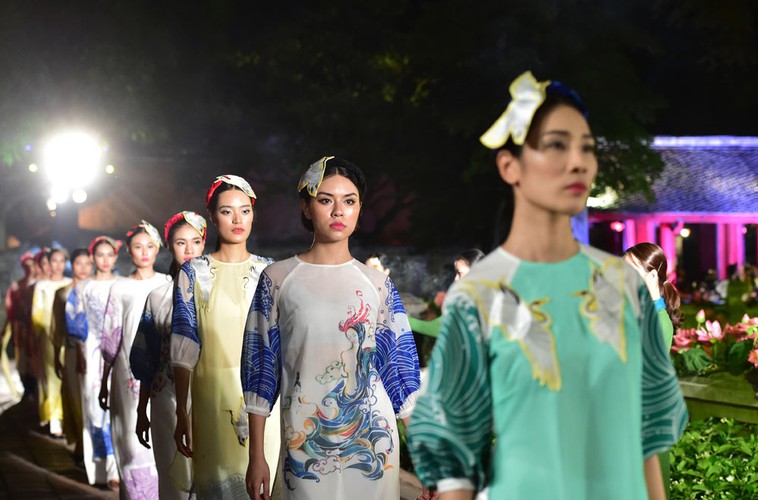 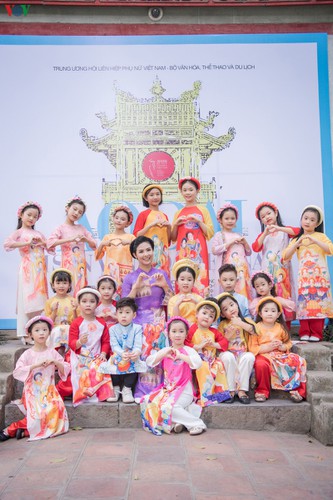 Ngoc Han, Miss Vietnam 2010, is one of the 21 local designers to feature at the fashion show. 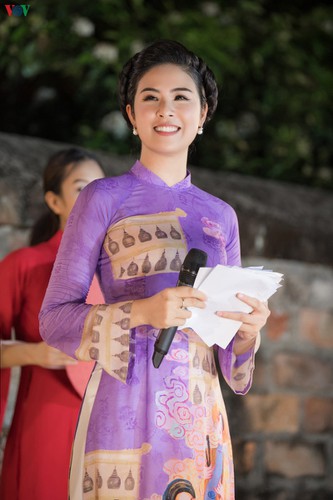 She also takes on the role of emcee. 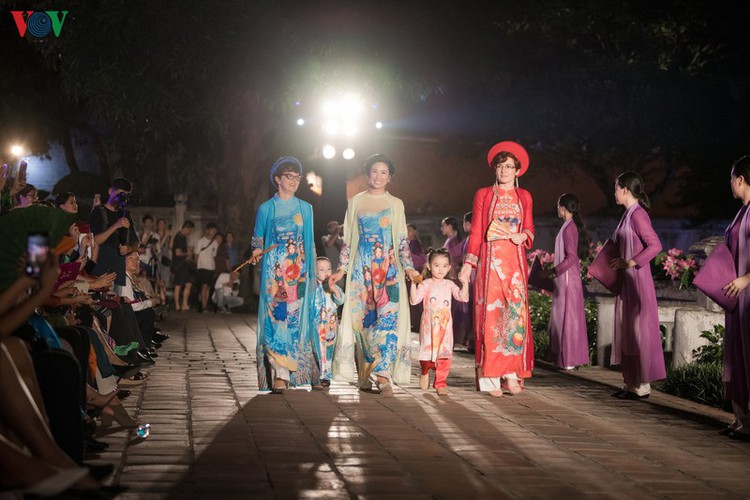 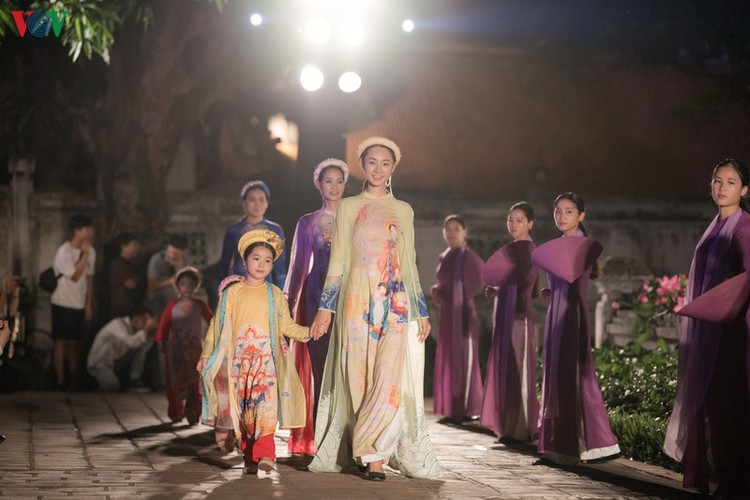 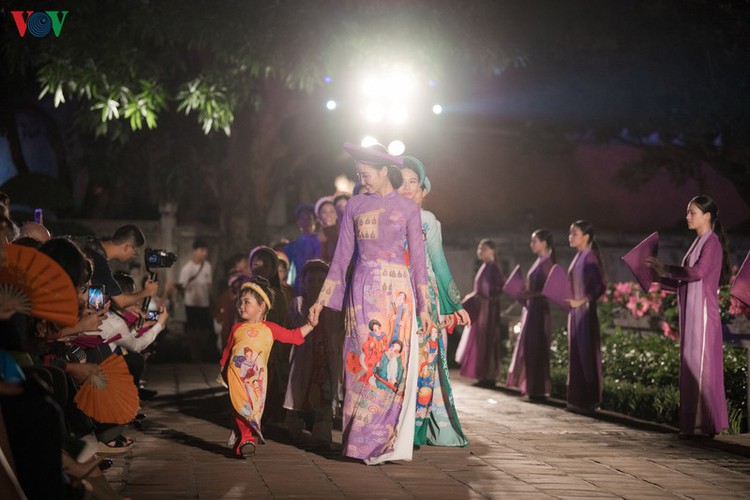 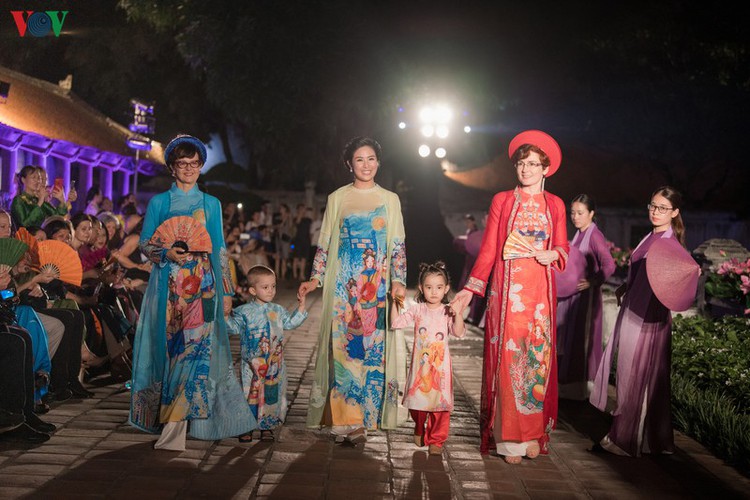 Paola Belfiore, wife of the Italian ambassador to Vietnam wears a blue Ao Dai alongside Nataliya Zhynkina, the Chargé d'Affaires at the Ukrainian Embassy, who wears a red Ao Dai. The pair take part in Ngoc Han’s fashion collection as model. 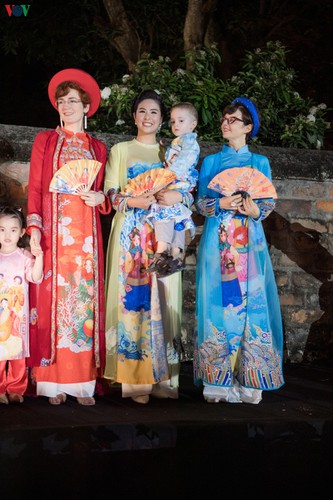 A national scientific workshop was held in Hanoi on June 26 to evaluate the historical aspects, customs, cultural values, and identity of Ao Dai, the traditional long dress of Vietnam, seeking recognition as national intangible heritage.

Ngoc Han, Miss Vietnam 2010, participated in a press conference on June 16 alongside many other beauty queens to launch a national marathon championship by Tien Phong (Vanguard) newspaper in Hanoi.