Vietnamese and international dancers will perform in the Hanoi Dance Fest 2019 on June 28 and 30.

The festival will include six dances choreographed and performed by artists under 34 years old.

“The festival aims to create a stage for young and talented choreographers,” said the festival's art director and acting director of the Viet Nam National Opera and Ballet (VNOB) Tran Ly Ly.
“It also promotes new ideas and collaborations between local and international choreographers who are working in different cultural contexts.”

Following the success of the Europe – Asia Contemporary Dance Festival in previous years, VNOB, Ha Noi Goethe-Institute and the French Cultural Centre have worked together to bring Hanoi Dance Fest 2019 to the Viet Nam Youth Theatre.

“With great sympathy, we cherish the development of choreographers and dancers in Vietnam,” said Goethe institute director Wilfried Eckstein at the press conference in Hanoi.

“Their motivation is built on the beauty of the arts and the interest of the audiences. We encourage them to explore new paths of expression in dance and to build national and international co-operation,” Eckstein said.

The six dances will be Random Cubic by Baydanc Group, Thán by Nguyen Duy Thanh, Into The Well by Vu Ngoc Khai, FeMale by James Sutherland, Loop by Xuan Le and Multidimensional by Huy Tran.

On June 28, festival-goers will see performances of Random Cubic, Thán and Into The Well.

Baydanc, which created Random Cubic, is a group of artists including dancers and traditional musicians. The dance is inspired by cardboard and sticky materials like tape and rice. Over the course of 30 minutes, the dancers use improvised movements to create blocks from the materials.

Thán was inspired by the traditional Vietnamese art form tuồng and takes its style from the body language of its performers. The dancer builds the background and how the story continues depends on the audience.

Into The Well will be performed with Tay Son battle drum-inspired music.

“There is only one person who knows how to play Tay Son battle drum in the central province of Binh Dinh,” said dancer Khai. “There are three kinds of rhythm and we just use one rhythm during the fighting in our dance.”

FeMale by Scottish choreographer James Sutherland will be performed by dancers Vittoria Carpegna, Camilla Marcati and Davide Degano. The piece opens on June 30 and centres around the characters' relationships.

French-Vietnamese dancer Xuan Le will perform his first solo piece entitled Loop. Le was the champion of France's Slalom League in 2009 and ranked sixth at the Slalom World Series in freestyle the same year.

Loop will combine freestyle slalom and dance. The audience will have the opportunity to immerse themselves in the artistic and poetic imaginary world.

A group of dancers will perform Multidimensional choreographed by Huy Tran. The dance offers the audience different perspectives on one choreography.

Huy graduated from Viet Nam Dance Academy. He won the first prize at the Young Choreographer – CJC Neuhausen in Switzerland in 2011. He works for the Tanz der Pfalztheater Kaiserslautern ensemble and will become its co-director of dance in August this year. 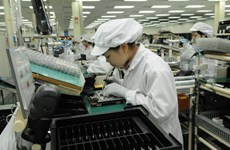 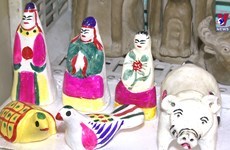 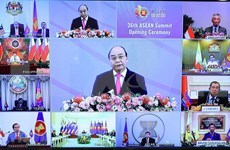 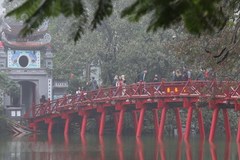 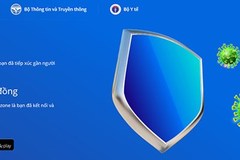 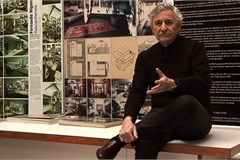