If you want to practice the art of drifting or witness breathtaking off-road performances, the PVIOIL Offroad Cup 2019 which recently opened in Hanoi’s outskirts district of Son Tay has it all.

Nguyen Hong Vinh is a speed junkie. He has joined in Vietnam offroad car tournaments. In this competition, Vinh and his teammates impressed audiences with a challenging technique- drifting, a special kind of driving technique wherein the driver of an automobile purposely oversteers and causes the rear tire to lose grip on the road.

The competition took place with four categories, including those for pick-up trucks and SUVs.

This was the fourth consecutive year PVOIL has cooperated with Otofun to organize the Vietnam Offroad Cup. This year’s competition and the following years’ events are expected to become a festival for racers and those who love speed./. VNA 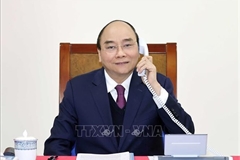 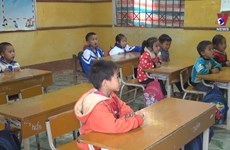