A book reflecting late President Ho Chi Minh’s writing of his testament will be translated into Russian and published in the East European country in the time ahead.

The book to be published is “Bac Ho viet Dichuc” (Uncle Ho writes the Testament), by his secretary Vu Ky.

A session was held in Hanoi on August 16 todiscuss the work, which was meant to mark 50 years since the leader passed awayin 1969 and the 70th anniversary of the bilateral diplomatic relation next year.

Speaking at the event, Acting Director andEditor-in-Chief of the Su That (Truth) National Political Publishing House Pham Chi Thanh saidPresident Ho Chi Minh’s testament is a priceless historical document featuringhis wholehearted instructions and all aspirations of his life. It is thequintessence of the nation and the humankind, and also the quintessence of hislofty ideology, morality, style and soul.

With the hope of providing Russian readers withanother in-depth reference document on the testament writing process, Su That liaised with the Zhukovsky Academy Publishing House, a leadingpublisher in Russia, to publish this book in the country.

The book will be translated by Sveta Glazunova,an expert on Vietnamese studies and a lecturer of the Vietnamese language atthe Diplomatic Academy of the Russian Foreign Ministry. She is also thedaughter of late Chairman of the Russia-Vietnam Friendship Association EvghenyGlazunov, who greatly contributed to the two countries’ friendship.

President Ho Chi Minh began writing his will inMay 1965 and finished it in May 1969 – four months before he passed away. Thespecial document has become a guideline for Vietnam’s revolution anddevelopment during the past 50 years.-VNA 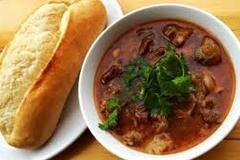