Following a proposal by 10 provinces, the Ministry of Investment and Trade (MOIT) wants to extend the deadline for FIT (Feed in Tariff) application because many wind power projects cannot become operational prior to the given date.

MOIT is consulting with relevant ministries and branches on its draft report to the Prime Minister on solutions to settle the problems of wind power projects. 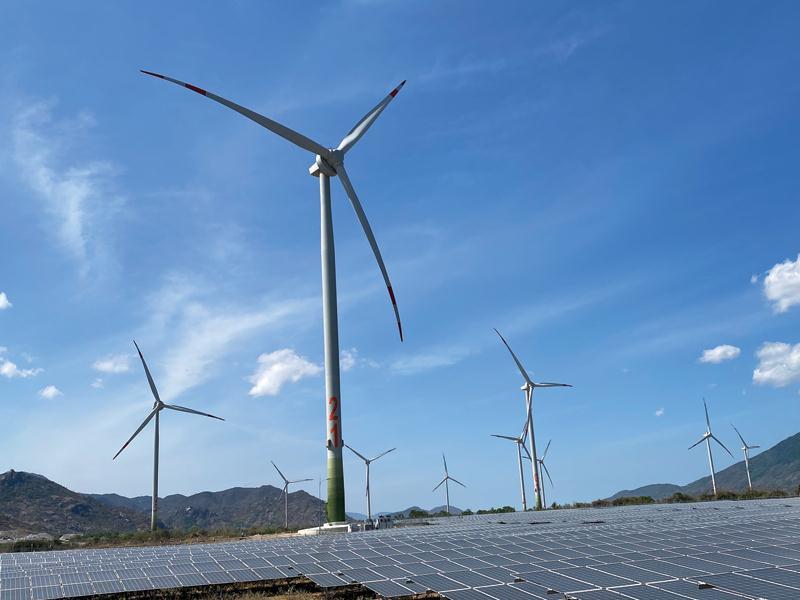 On September 10, 2018, the Prime Minister released Decision 39 on wind power prices (not including VAT). EVN buys electricity from in-land wind power projects at VND1,927 per kwh (8.5 US cent), while the price of VND2.223 per kwn (9.8 cent) is applied to offshore wind power projects.

These prices are applied to a part of or the entire plants which become operational before November 1, 2021, and will be valid for 20 years from the day of operation.

MOIT has received reports from the people’s committees of 10 provinces where there are large wind power projects, requesting the ministry to propose to the Prime Minister to extend the application of FIT mechanism shown in Decree 39 for projects to be put into commercial operation by 2022-2023.

The problems in applying the Planning Law and the impact of Covid-19 which interrupted the equipment supply led to a prolonged execution period and increase in installation costs for offshore projects.

As such, about 8,700 MW (including the newly approved capacity) are likely not to be able to become operational prior to November 1, 2021.

MOIT thinks that it would be better to extend the FIT mechanism stipulated in Decision 39 in order to mobilize wind power sources for the electricity generation system.

MOIT is joining forces with relevant ministries to devise a bidding mechanism for wind power projects.

Around 10 gigawatts of offshore wind power could be in operation in Vietnam by 2030, according to studies carried out by the Danish Energy Agency and the World Bank.