China will have opportunities to export more hot rolled coil (HRC) products to Vietnam ad the products will be unaffected by import tariffs.

Commenting about the Ministry of Finance’s (MOF) plan to raise the MFN (most favored nation) tax rate on HRC imports (72.08 group) from zero percent to 5 percent, Hoa Sen Group said the tariff hike won’t restrict the import of Chinese products to Vietnam, but may do more harm than good. 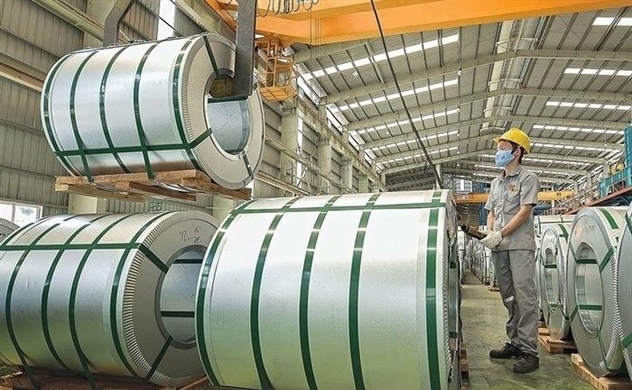 Currently, both Vietnam and China are members of the ASEAN-China FTA (ACFTA). HRC products belonging to the 72.08 group imported to Vietnam can enjoy a preferential tax rate of zero percent.

If Vietnam raises the import tariff to 5 percent, this will affect imports from other countries, not China. Chinese imports will still bear the zero percent tax rate as stipulated in ACFTA.

Meanwhile, India and Taiwan, the two biggest HRC suppliers of Vietnam, which account for 31 percent of imports, will still have the tax rate of 5 percent. As such, China wil have more opportunities to boost its HRC exports to Vietnam.

An analyst also warned that the tariff increase would make the situation more serious, because enterprises would have difficulties importing supplies, anf domestic output still cannot satisfy the requirements.

He went on to warn that if Vietnam raises the MFN tax rate by 5 percent, the average input material price in Vietnam would be higher than the world’s price by 8-9 percent, which means that the production cost will increase proportionally. This will make Vietnam’s steel products less competitive than other regional countries.

The representative of Hoa Sen Group affirmed that domestic HRC manufacturers are seeing the sales going well, denying information about disadvantages which ‘forcethe Vietnamese biggest steel mill in Vietnam’ to postpone a plan to implement furnace No 3.

Prior to that, MOF consulted with relevant ministries and agencies on the draft decree that amends articles of Decree 125 on the preferential import and export tariffs.

According to the ministry, the US-China trade has raised concerns that cheap Chinese steel products would flood Vietnam, forcing steel prices in the market down.

One was the decline in construction value growth of 7.9 percent in the first half. The decline had big impact on the demand for structural steel. However, 11.6 million tons were sold.

Vietnamese companies filed complaints against Chinese steel products, accusing them of being sold at prices below the fair market value in Vietnam with dumping margin at 21.3%.

The anti-dumping duties imposed on stainless steel has not created a monopoly in the market, said the Ministry of Industry and Trade (MoIT).