Why do some F&B chains fail in Vietnam?

Before its Mon Hue chain had to shut down, Huy Vietnam was praised as the pioneer in developing food & beverage (F&B) chains, which had successfully called for tens of millions of dollars worth of foreign investment.

Prior to that, The KAfe, which served Aian-European food, also had to shut down as it owed money to suppliers, and the founder Dao Chi Anh left. 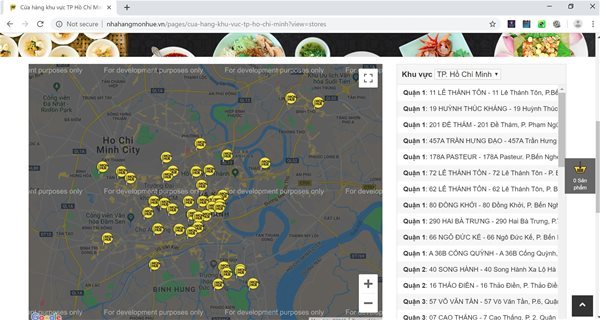 More recently, Tra Ca Phe Viet Nam (The Coffee House) announced the suspension of Ten Ren, a bubble tea chain in Vietnam, franchised from Taiwan. Making its debut in 2017 when the bubble tea movement was at its peak, Ten Ren had 23 shops until it closed.

“With unsatisfactory business results, we stopped the operation of Ten Ren and redrew the strategy for this field,” the press release read.

While The Coffee House accepted to give up the bubble tea game, Huy Vietnam seemed to ‘live beyond its means’ when becoming the franchisee of TP Tea in late 2018. Prior to that, in 2015, the company ran a media campaign for the construction of two factories capitalized at tens of millions of dollars. However, there has been no further information.

On social networks, people comment that it is not a surprise at all that Mon Hue has to shut down. The food there was not special, while the prices were high. Mon Hue had to spend too money on retail premises (its shops all are located in advantageous positions) and branding, therefore the operation cost xas high.

An analyst commented that high retail premises rent is a headache to any eatery chain. To attract customers, F&B chains have to be located in advantageous positions in the central areas of cities, or in large shopping centers. Meanwhile, the premises rent in Vietnam has increased.

Duong Nguyen, CEO of DCorp R-Keeper Vietnam, confirmed that the costs of retail premises in Vietnam are higher than other markets. Besides, he said the operation costs of F&B chains are high, so investors have to solve the question of network administration.

“If western restaurants need 8-10 servers, Vietnam needs two or three times as much. The administration costs alone eat up the profit,” Duong commented.

According to Do Hoa, an administrative expert in running F&B chains, the most important factor is taste. “The taste needs to be standardized to optimize production costs,” he said, adding that if F&B chains don’t have a large coverage, the chains will incur losses.

Mon Hue, a chain of restaurants with a large network of outlets across the country, suddenly closed its doors recently.

Major investors of Huy Vietnam Group Limited have taken legal action against Huy Nhat, the founder and chairman of Mon Hue, a chain of up to 80 restaurants across the country, as the firm has closed its eateries due to heavy debts.