Who will buy the state’s remaining 36% of shares in Sabeco?

Analysts believe that ThaiBev, the biggest shareholder of Sabeco, will be the likely buyer of the shares.

The state’s capital divestment process has heated up again with the Prime Minister’s Decision No 908 approving the list of state invested enterprises to undergo divestment from now until the end of the year. 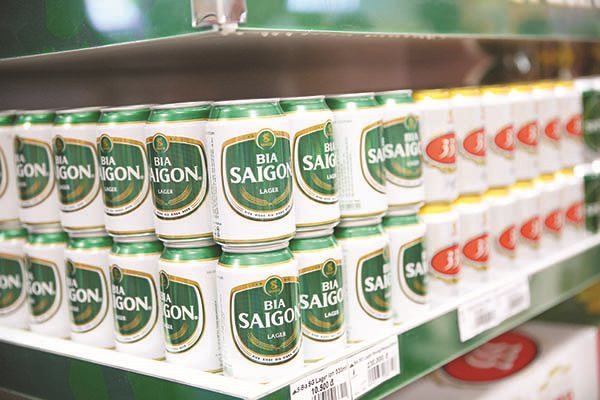 Under the decision, the state will divest capital from 120 enterprises by the end of the year.

If the divestment cannot be completed by that time, they will be transferred to SCIC.

Fourteen other enterprises will be transferred to SCIC to undergo the divestment and the transfer must be completed prior to August 31. These include Sabeco, the brewer where the state holds 36 percent of shares.

Who will buy the state’s shares in Sabeco?

The deal of selling more than 50 percent of Sabeco’s shares to the Thai investor is a typical M&A success story in the Vietnamese financial market over the last five years.

In late 2017, ThaiBev, through Vietnam Beverage, spent $5 billion to acquire 53.6 percent of Sabeco shares and became the holding company of the largest brewer in Vietnam.

After the deal, the state’s ownership ratio in Sabeco dropped to 36 percent.

Sabeco is considered the ‘trump card’ of ThaiBev as the acquisition of Sabeco helped increase ThaiBev’s revenue from beer to $4 billion in 2019, an increase of 27 percent over the year before, and increased profit by 50 percent to $104 million.

It also said that Sabeco and the sales in Vietnam made a great contribution to its growth, while the Thai market was weakening.

In early 2020, some sources said ThaiBev was considering an IPO and listing its beer production division, including Chang beer (Thailand) and Sabeco beer (Vietnam), on the Singaporean bourse in a plan to raise $2.5 billion worth of funds.

However, ThaiBev has denied this, saying that it does not intend to sell its business base in Vietnam.

Analysts say that Sabeco is attractive ito ThaiBev not only because of the No 1 position in the domestic market, but also because of the ‘golden’ land the company is holding.

The Ministry of Industry and Trade on June 3 refuted a rumor stating that it would buy back 53% of Saigon Beer, Alcohol and Beverage Corporation's (Sabeco) shares from Thaibev.

Vietnam’s beer market would have great changes in 2020 as the country has always been a potential market for domestic and foreign beer enterprises.