Vietnamese government to crack down on trade fraud

The Government will adopt stricter penalties to prevent foreign goods being exported to the other markets under Vietnamese labels to avoid tariffs.

Experts forecast that firms exporting goods from countries subject to high tax rates would find ways to illegally transfer the goods to Vietnam and then export them to the US, Europe and Japan to circumvent the ongoing US-China trade dispute.

Nguyen Van Can, director of the General Department of Customs, said they had directed provincial and municipal units to drastically strengthen inspections to uncover fake certificates of origin (C/O).

Goods imported from China are sometimes repackaged with “made in Vietnam” labels, before they apply for certificates of origin for export to the US, Europe and Japan.

Violations have been uncovered in different sectors, including garment and textiles, seafood, agriculture and honey, as well as steel, aluminium and timber.

The General Department of Customs is developing a process for check-up and supervision of goods which are at risk of illegal transfer and fake C/O to prevent trade fraud and protect local production.

Hoang Thi Thuy, head of C/O Supervision and Intellectual Property, said Vietnamese businesses (including foreign invested companies) only implement outsourcing or simple assembly and do not meet C/O principles. However, they still apply for C/O in Vietnam.

They have discovered dozens of C/O violations and transfers of illegal goods so far.

The General Department of Customs has instructed customs branches to enhance check-ups on C/O and goods labelling. Goods imported from China will be checked regarding their code, name, origin and labelling.

National Assembly deputies also warned that domestic companies should be careful in associating with foreign firms to ensure transparency. They should not take advantage of legal loopholes to collaborate with foreign businesses in exporting goods to the US.

Đỗ Văn Sinh, a permanent member of the Economic Committee of the National Assembly, said that it was possible some countries could choose Vietnam as a trans-shipment point when it is difficult to export goods directly to the US.

He believed that the Vietnamese brand has improved in terms of quality and received positive feedback from foreign markets. This was the reason that many foreign firms have taken advantage to sell poor quality goods.

He said the Government assigned the Ministry of Industry and Trade (MoIT) to develop a decree which increases penalties for such violations.

MoIT’s deputy minister Do Thang Hai said counterfeit goods labelled as “made in Vietnam” had not only been exported to other countries but also consumed in the local market.

Hải said the ministry had closely co-operated with relevant agencies to solve the problem, thus ensuring rights of Vietnamese businesses and not affecting the image of Vietnamese goods on the global market. 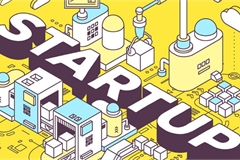