Present in 50 countries and territories, Vietnamese dairy producers are step by step building their positions in the world market.

In mid-February Vinamilk signed a contract on exporting dairy products to Dubai, worth $20 million. This is the latest contract of the nation’s leading dairy brand in the Middle East. 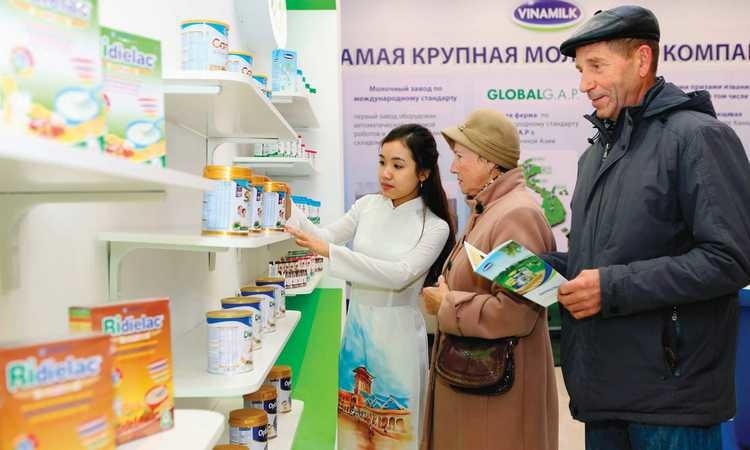 Vinamilk began penetrating the market in 2000 an turned the Middle East into a key market which brings 75 percent of Vinamilk’s total export turnover.

Besides the Middle East, Vinamilk also sells products to other markets, including Japan, South Korea, Singapore and China, and it has been present in nearly all Southeast Asian markets.

Prior to that, in mid-October 2019, the first consignment of dairy products of TH True Milk left Vietnam for China.

In the race to bring Vietnamese milk abroad, Nutifood signed a contract with Delori in early 2018 on bringing Pedia Plus ready-to-eat powdered milk to over 300 supermarkets belonging to Delori in California.

In 2019, the producer continued to export bottled pasteurized yogurt to the US. In the Philippines, Nutifood annually earns $1 million. In the US, it hopes to obtain revenue of $100 million in the next five years.

Moc Chau Milk, which has merged with Vinamilk, is also trying to boost dairy exports. The company now exports dairy products across the border gates to China, about 25,000 tons a year.

In an effort to seek and expand export markets, Moc Chau Milk is planning to exploit Southeast Asian market and to export products to China through official channels.

A report shows that Vietnam’s dairy products have been exported to 50 markets. Vinamilk alone in 2019 saw the export turnover increase by 14.8 percent compared with 2018. Since 1997, the company has exported products to over 50 countries and territories, earning $2.2 billion in turnover.

ASEAN markets, including Indonesia, Malaysia, the Philippines and Singapore, are the potential targeted markets for Vietnam’s dairy producers, which need to import $500-600 million worth of products each year.

Meanwhile, the Chinese market alone consumes $5 billion worth of dairy products a year. According to Nguyen Quoc Toan from MARD, Vietnamese enterprises target Chinese consumers in both high-end and affordable market segments.

According to Do Thanh Tuan from Vinamilk, in addition to the 13 plants in Vietnam, Vinamilk also has one in Cambodia, one in New Zealand, one in the US and a branch in Europe.

As for TH True Milk, the company in late 2018 started construction of a 1,500 ton per day plant in Russia.

Vinamilk completed the purchase of 79.5 million shares in GTNFoods to increase its holdings to 75 per cent in Moc Chau Milk.

The dairy industry grew 0.5 per cent in market capitalisation in 2019, much lower than the average growth of 7.7 per cent of the VN-Index, according to a report issued recently by SSI Securities Joint Stock Company (SSI).