Many Vietnamese famous brands have fallen into foreign hands or disappeared from the market.

Meanwhile, others are struggling with big foreign rivals to survive.

The sale of Sabeco to Thai investors some years ago added one more name to the list of Vietnamese famous brands falling into foreigners’ hands. 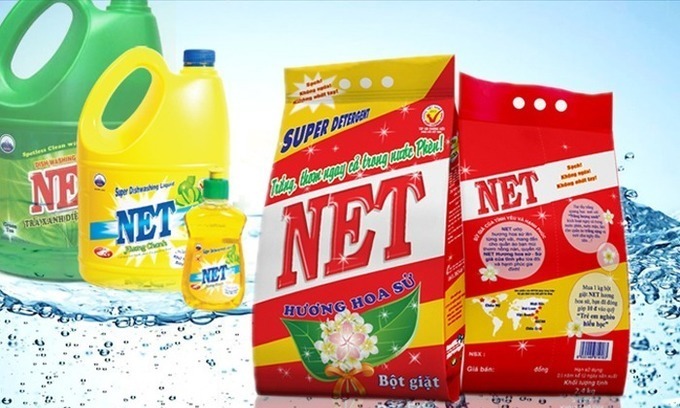 Sabeco, more than 100 years old, was the pride of Vietnamese, as the brewery, together with Habeco and Huda, successfully dislodged Chinese beer brands out of the Vietnamese market tens of years ago. However, with the deal, Sabeco is no longer a Vietnamese company.

Many Vietnamese brands have seen the same fate.

Co Ba soap competed equally with imports from France and the US in 1930-1980s, but began fading away in 1995, when it teamed up with Procter & Gamble (P&G) to set up a joint venture.

Da Lan toothpaste also could not protect its name after a joint venture with Colgate was set up. P/S, another toothpaste brand, still exists in the market, but it no longer belongs to Vietnamese as it was sold to Unilever in 2003.

Analysts commented that cosmetics is the industry where most Vietnamese brands have disappearred. Colgate ‘threw’ Da Lan into the past, while Unilever eliminated Viso and Haso, and replaced it with OMO. When taking over Co Ba, P&G marketed Tide detergent.

Other Vietnamese brands still exist, including Net, Duc Giang and Lix, but they operate on a modest scale.

As a result, the personal and family care sector, worth $3.1 billion, is being controlled by foreign companies, including Unilever which accounts for 54.9 percent of market share and P&G 16 percent.

Analysts said that detergents are overvalued in the market, which means that consumers have to pay higher than their real value. So, with 80 percent of market share, foreign cosmetics companies are making fat profit in Vietnam.

In 2016, a South Korean corporation tried to take over Visan, the Vietnam’s No 1 fresh meat processor in its plan to complete its strategy of a closed meat production and distribution chain in Vietnam. But it failed. Visan remains a Vietnamese enterprise.

In another case, Vietnamese investors successfully gained the upper hand over the foreign rival after many years of struggling for power in Bibica, a sweets brand. The plan of Lotte, the company from South Korea, to take over Bibica and rename it failed.

Net was a famous brand with 50-year history, but it now only has 1.5 percent of market share and in order to exist, it has to do outsourcing for foreign companies.

What will Vinamilk do with the Moc Chau milk brand?

Viglacera Platinum – The pioneer with “Proudly Made in Vietnam” brand

“Proudly made in Vietnam” is the message crafted in every product of Viglacera PLATINUM and in its pioneering mission to build brand advocacy on a scale beyond Vietnam with high value products in the construction and building material industry.