Vietnam will not use exchange rate as tool to boost exports: central bank

The central bank believes that for an open economy like Vietnam, the sharp devaluation of the local currency will not help boost exports, but will do more harm than good.

Deputy Governor of SBV Dao Minh Tu at a press conference on October 1 affirmed that the dong/dollar exchange rate must not be used as a tool to boost exports. 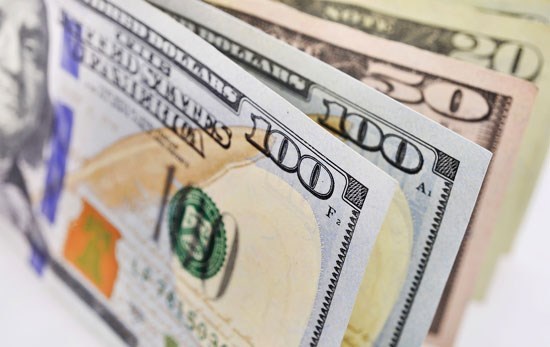 He said when making any decision, the central bank needs to consider imports and macro balances as well.

“The exchange rate must be set based on the principle of harmonizing benefits from imports and exports, foreign debts, and current accounts so as to bring the highest possible benefits to the nation,” he explained.

Some businesses have urged SBV to devalue the Vietnam dong to boost export which has been going more slowly. However, the exchange rate is not the tool used just to accelerate exports. It is also necessary to consider the question of imports. Once the local currency loses its value, the imports will become more expensive.

Many countries in the world have devalued the local currencies so far this year in an effort to restrict the effects of the trade war. Meanwhile, the Vietnam dong value has been stable. In ASEAN, only Vietnam dong and Thailand baht remain stable or have appreciated against the dollar in the context of the continued depreciation of the Chinese yuan.

This, as commented by Rong Viet Securities, rarely happens because, in trade relations with China, Vietnam always sees the trade deficit.

While businesses believe that it is necessary to devalue the dong like other countries have done with their currencies, economists agree with SBV that the devaluation won’t bring the desired effects.

Nguyen Bich Lam, general director of the General Statistics Office (GSO). said at a press conference in late September that the devaluation of the dong may bring ‘reverse effects’.

“Many export items of Vietnam have low export prices,” he explained. “If you sold one product at $1 in the past and now you sell at 90 cent, this doesn’t mean customers will buy more products from you. Meanwhile, you will have to pay high to import input materials.

Can Van Luc, a respected economist, also noted that Vietnam is a big exporter, but also a big importer. Devaluing the dong won’t help because it affects imports.

Tai Chinh newspaper quoted Pham Hong Hai, a finance expert as predicting that the dong would depreciate by 1-1.5 percent only this year.

Talking about the decision to ease the prime interest rate in September, the representative of the central bank said the move sends a message about the stability of the economy which creates favorable conditions to accelerate the investments.

Since China is Vietnam’s biggest trade partner, the sharp yuan devaluation will affect Vietnam’s imports and exports with China.

Vietnam steps up fight against dollarization

The stability of the VND has contributed to decreasing demand for the dollar as people prefer the national currency due to the large spread between interest rates on VND and the dollar.