Vietnam to lift monopoly, electricity prices to be determined by market

The Ministry of Industry and Trade (MOIT) has received many questions related to electricity pricing, including retail prices for household use and price adjustment frequency.

“Will the electricity prices go down when the competitive retail market becomes operational?” was a question from National Assembly Deputy to MOIT Minister Tran Tuan Anh. 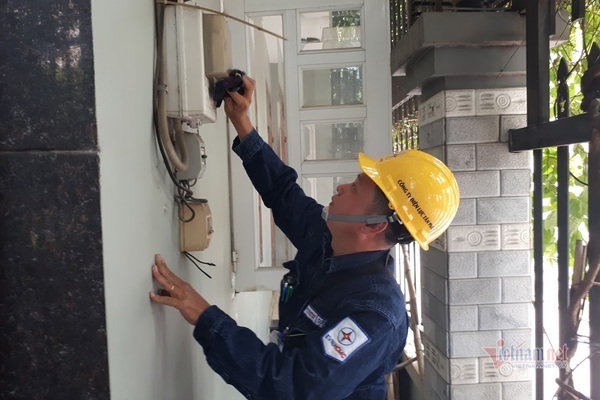 Anh said if the competitive retail market is put into operation and the legal framework is set to regulate the market, the electricity prices will go up or down depending on market demand and supply as per the spirit of the Politburo’s Resolution 55.

National Assembly’s Deputy Chair Phung Quoc Hien said that only when a competitive market runs will Vietnam be able to cut electricity production costs and have resources for re-investment to ensure national energy security.

“If the pricing policy is unreasonable and doesn’t cover all input costs, this will threaten energy security,” Hien said.

Deputies have also raised the question about the offset of the household-use electricity price for the production-use price. The price applied to the manufacturing sector is lower than that applied to households. The low price has caused manufacturers to use out-of-date energy consuming technologies.

The figures are 6.6 percent and VND2,809, respectively, for the business sector, which consumes 3.8 percent of total, and VND1,845 for administrative agencies.

Meanwhile, the household-use sector, which consumes 28.04 percent of output, is priced at VND2,056 per kwh.

Anh explained that many consumers in the production sector buy electricity at high or medium voltage, which have prices lower than electricity at low voltage, because they set up the transmission lines and transformer stations themselves.

Other clients mostly buy electricity at the low voltage of 0.4 KV, and EVN builds the transmission lines and transformer stations.

The statistics about high annual electricity growth rates in the production sector, at 10-13 percent, and the high GDP growth rates over the last 10 years, show that the pricing mechanism can encourage production, thus boosting economic development.

MOIT will propose amending the Electricity Law to set up a pricing policy in accordance with market demand and supply. with no offset among groups of clients and regions.

Regarding the pricing scheme restructuring, MOIT said the ministry is consulting with relevant ministries and consumers on the five-tier pricing mechanism.

It previously had designed a single-pricing mechanism, but later scrapped the proposal.

An electricity shortage did not occur in 2010-2019, but it may face a problem in 2021-2025 as a series of electricity generation projects have been going slowly.

Given the increasing demand for electricity, Vietnam needs US$8-10 billion for electricity investment annually, Minister of Industry and Trade Tran Tuan Anh said at a meeting on Monday, September 7.