Billions of dollars worth of Vietnam’s products are exported via large global retail chains, but these products must adhere to strict requirements to be accepted by supermarkets.

According to Shibat Eiji from Aeon, in 2017, Vietnam exported $250 million worth of products through Aeon, 70 percent of which were textiles and garments. 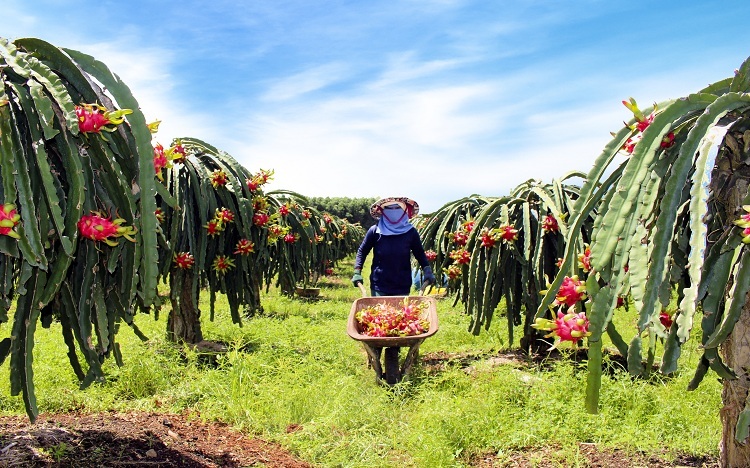 As for the Thai market, it is estimated that 50 product items are available at supermarkets belonging to Central Group. Through Big C Vietnam, since 2017, the business has imported $46 million worth of goods from Vietnam each year.

MM Mega Market, after being taken over by BJC, also exports Vietnam’s specialties, including catfish, dragon fruit and sweet potatoes.

In 2017, the retailer exported more than 1,200 tons of dragon fruit and now plans to export 10 containers of goods from Vietnam.

Phidsanu Pongwatana, CEO of MM Mega Market Vietnam, said soon after receiving the license for export, the distributor began seeking Vietnam’s products with high competitiveness so as to provide to the partners.

Saigon Co-op, which is considered the biggest retailer in the south, also exports millions of dollars worth of products to Singapore. It earns $2 million each year from exporting pomelo, dragon fruit and sweet potato alone.

According to Le Viet Nga, deputy director of the Home Market Department under the Ministry of Industry and Trade (MOIT), two foreign invested retailers, Big C, belonging to Central Group and Aeon, belonging to Aeon Group, have signed with MOIT an agreement on accelerating the consumption of Vietnam’s products and boosting exports, especially to Asian markets.

However, experts say enterprises need to approach the supermarkets in a right way.

In order to export products, the first thing they need to do is successfully enter supermarket chains in Vietnam by satisfying a lot of requirements, from quality to design and packing.

The requirements set by Aeon and cited by Ikeda Masahito from the quality division include responsibility for human rights, working conditions and environmental protection.

According to Aeon, the retailer has 2,700 Vietnamese suppliers, and more than 80 percent of products available at Aeon chain are made-in-Vietnam products. Aeon has four shopping malls in HCMC, Binh Duong and Hanoi, while two more are expected to open in Hanoi and Hai Phong by the end of the year.

Will Vietnamese products be dislodged from foreign-owned supermarkets?

If Vietnamese products are absent from large retail chains, domestic production will lose advantages in the home market, experts warn.

Saigon Co.op has officially taken over 18 Auchan supermarkets in the country after the French retail group announced its withdrawal last month from the Vietnamese market by selling its loss-making business.

icon
VN to be only country in region to attain positive growth in 2020: report
icon0