The Vietnamese fleet continues to decline in quantity, raising concerns that the domestic cargo transportation strategy may not be completed.

According to UNTAD, the Vietnamese fleet ranks fourth in ASEAN and 30th in the world. Although the maritime transport sector maintains a good growth momentum, Vietnam's shipping industry is facing huge challenges due to the decrease of the fleet. 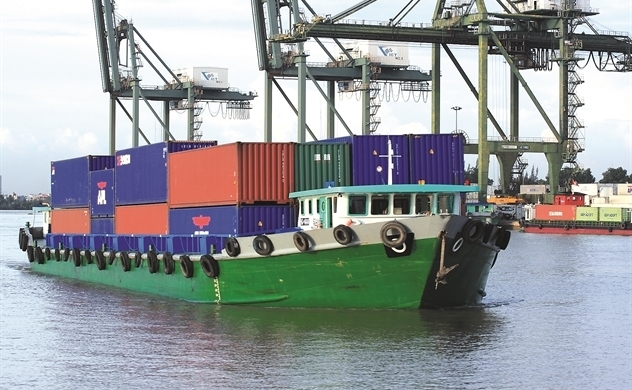 Citing the figures, Deputy Minister of Transport Nguyen Van Cong said the situation is worrying. As the fleet shrinks, the goal of satisfying 100 percent of domestic cargo transportation output may be unattainable.

The difficulties being faced by shipping lines make it difficult to solve the problem. Since 2008, when the world economic crisis occurred, the shipping industry in the world and Vietnam still have been facing big difficulties because of oversupply.

Shipping firms all give negative forecasts about business result prospects in 2019. Many firms have to sell head offices and ships to settle bad debts.

VST reported the loss of VND255.2 billion in 2018 and the accumulative loss of VND1.708 trillion, while it has VND1 trillion only in capital. The PM has requested the Ministries of Transport, Industry and Trade, and Finance to think of solutions to rescue it.

Nguyen Canh Tinh, acting director of VInalines, admitted that Q1 was difficult for Vietnamese ship owners. As big ships are operating in inner-Asia routes, small feeders are facing the risk of being swallowed.

About the future, consultancy firms all think that the slowdown in the world’s and China’s economic growth in 2019-2020 will have impact on the number of containers to be transported in the inner-Asia route.

Soren Skou, CEO of .P. Moller-Maersk AS, the world’s biggest container carrier, said world economic growth is on the decrease. The growth rate of 3.7-3.8 percent in 2018 would decrease to 1-3 percent in 2019.

As for international shipping, the Vietnamese fleet now mostly operates on nearby routes, such as China, Japan, South Korea and Southeast Asia.

Bui Van Hoai, deputy chair of the Vietnam Ship Association, commented that the Vietnamese fleet is inferior to foreign ones in the home market. The Electricity of Vietnam, Vinacomin and PetroVietnam need to carry tens millions of tons of coal each year, but the transport is implemented by foreign shipping firms.

The Vietnam National Shipping Lines (Vinalines) plans to sell 11 old vessels with total tonnage of more than 230,000 tonnes this year.

Vietnam’s sea transport sector has maintained good growth recently with the volume of goods transported by the Vietnamese fleet reaching more than 81 million tonnes in the first half of 2019.