With the new EVFTA, more and more Vietnamese rice is being shipped to the EU. Scented rice in particular is being sold at high prices.

Rice, coffee, shrimp and fruits are exported to the EU under the EVFTA, which took effect on August 1. One more consignment of scented rice departed from An Giang province to the EU on September 22. 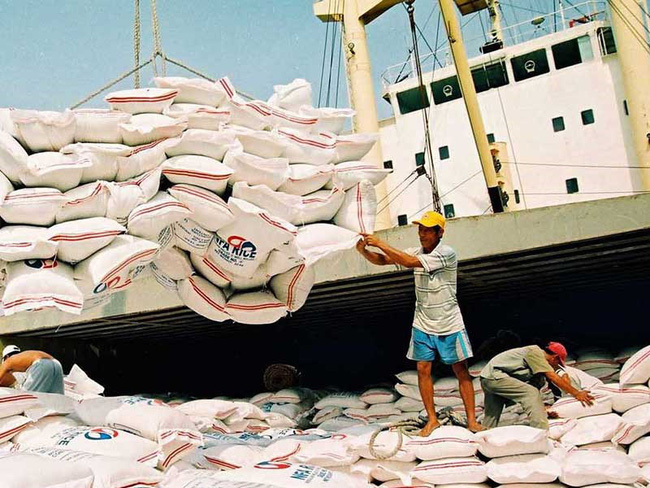 “EVFTA is the key for Vietnam’s farm produce to approach this market with great potential,” said Minister of Agriculture and Rural Development Nguyen Xuan Cuong.

Under the EVFTA, the EU has made a commitment for a quota of 80,000 tons of rice imports from Vietnam, which includes 30,000 tons of scented rice. No limit is set for broken rice exports, which allows Vietnam to export up to 100,000 tons of rice to the market each year.

The EU has committed to cut tariffs on the products made of rice to zero percent after 3-5 years.

In order to take full advantage of the agreement, the agricultural sector needs to restructure and organize production in accordance with chains that connect cooperatives and businesses closely with farmers, and form closed production processes, expending from the material growing areas and processing to traceability, food hygiene and labeling.

In the first eight months of 2020, Vietnam exported 4.6 million tons, valued at $2.25 billion, an increase of 10.4 percent in value compared with the same period last year.

The EU imports 2.3 million tons of rice a year worth 1.4 billion euros. Under EVFTA, the potential of increasing Vietnamese rice exports to the EU is very high.

The EU market imported 15,800 tons of rice from Vietnam in the first eight months of 2020, with value of $8.5 million. From September 4 to September 17, six enterprises applied for certificates to export 4,300 tons of scented rice to the EU.

Asked about the consignment of scented rice to be exported to the EU under EVFTA, Loc Troi Group said 126 tones of Jasmine 85 scented rice, in 18 kilogram packs, will leave for the EU in late September 2020.

Analysts said Vietnam’s rice has a great competitive edge thanks to preferential tariffs, while the other big exporters to the EU – Cambodia and Myanmar – are bearing taxes of $150 per ton.

The rice price in the world market, which is at a nine-year high, helped Vietnam earn $2.2 billion from rice exports in the first eight months of the year.

Vietnam’s rice exports have expanded during the pandemic to surpass rival Thailand in price for the first time in three decades, leading experts to suggest the sector should consolidate its position.