Over the last 10 years, rice exports have brought $2-3 billion to Vietnam a year. However, they are facing difficulties in nearly all key markets this year.

The problem is that importing countries are reducing imports and trying to become self-reliant in rice production. The US Department of Agriculture predicted the increase in rice output in nearly all countries, including Thailand (138,000 tons), India (2.87 milion tons), Cambodia (79,000 tons), Bangladesh (2.35 million tons) and Indonesia (100,000 tons). 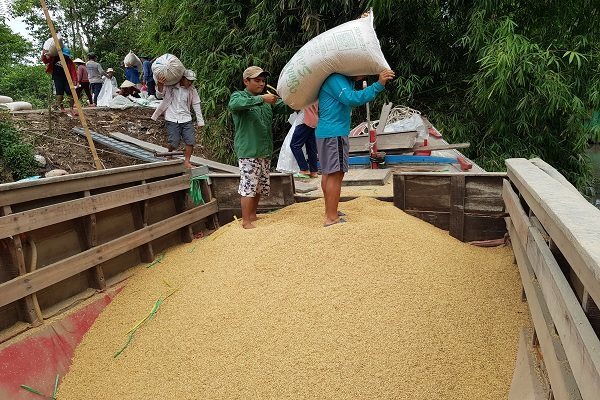 Meanwhile, the import demand decreases, at 46.98 million tons, down by 561,000 tons over the last year because big importers all cut imports.

China has the high inventory level of 113 million tons and it exports rice to African countries. The country imported 850,000 tons in total in the first four months of the year, or 24.4 percent lower than the same period last year.

Indonesia, an important market of Vietnam, plans not to import rice in 2019. Meanwhile, the Philippines plans to cut the import volume by 435,000 tons, though the country has removed the rice import quota scheme.

The Ministry of Industry and Trade (MOIT) also predicted that Indonesia and Bangladesh will restrict rice imports this year. The average export price in the first five months was$427.5 per ton, down by $76.8 per ton compared with the same period last year.

Because of the limited exports, the domestic market has turned gloomy. The Ministry of Finance reported that the summer-autumn rice production cost is VND3,826 per kilogram, while the selling price is VND3,800 per kilogram only.

Pham Thai Binh, general director of Trung An Hi-tech Agriculture, confirmed that farmers are incurring losses and that the government needs to take measures to collect rice from farmers.

Thanh Nien quoted Bui Thi Thanh Tam, deputy chair of the Vietnam Food Association (VFA) as saying that the golden age of rice is over, and rice export companies, especially private ones, are meeting big difficulties.

Vietnam, the third largest rice exporter in the world, has been urged to reconsider its rice export strategy.

“Vietnam has to ensure food security and export 5 million tons of rice every year by 2050. Will it still need 3.8 million hectares of rice fields any more to reach that goal,"asked Le Minh Duc, director of Long An provincial Industry and Trade Department.

He said that Vietnam needs to produce less rice which is the recommendation by the World Bank in Vietnam.

The northern mountainous province of Lai Chau is now experiencing the rainy season, which is the time for local ethnic people to start growing rice.