Economists have predicted that Vietnam’s GDP may be negative this year as the possibility of a second outbreak exists.

The Vietnam Institute for Economic and Policy Research (VEPR) in early July predicted that Vietnam’s GDP may grow by 2.2-3.8 percent in 2020. 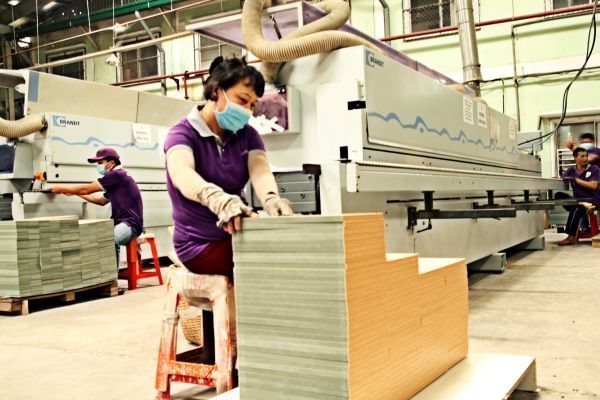 Drawing up different scenarios about epidemic performance in the world, economists believe that Vietnam’s economy will still grow thanks to domestic demand.

However, they did not consider the possibility of a second outbreak in Vietnam.

After tens of Covid-19 cases were discovered in Vietnam in recent days, Nguyen Duc Thanh, former director of VEPR, told VnExpress that if a lockdown is imposed in large economic centers in Vietnam, ‘it would be a great success if GDP just goes flat’.

The economy is likely to witness a negative growth rate as a risk for a second outbreak is existing. All the resources that support the growth no longer exist.

Economists believe that the consumption level, which increased rapidly after social distancing was removed, and high travel demand would help the economy recover in Q3.

However, the factors, which they had high hopes for, have nearly disappeared. Meanwhile, northern provinces are entering autumn and winter, when it will be more difficult to control the epidemic than in the summer.

Thanh said the goal of obtaining positive growth rate is not ‘practical’. Vietnam needs to strive for a low negative growth rate and narrow the gap between this year’s and last year’s GDP.

Meanwhile, Tran Tho Dat from the Hanoi National Economics University is more optimistic.

He said that in Q2, when Vietnam applied a social distancing policy, the country still gained a positive growth rate of 0.36 percent. If Covid-19 comes back, its impact on the economy would not be as strong as it was in Q2, because Vietnam has experience in fighting the epidemic.

Dat admitted that it is now more difficult than ever to predict the economic performance in the last six months of the year because the economy relies on many uncertain factors.

Thanh said Vietnam’s economy has not bottomed out and is now the beginning of a new decline, which is different from the first decline.

“But now, when businesses are hungry and face more difficulties, their resistance is very weak,” Thanh said, adding that the number of businesses to be dissolved may soar in H2.

Vietnam’s economic growth rate this year would reach 3.8% if there is no second COVID-19 outbreak in the second half of the year and economic activities gradually resume.

Vietnam’s effective containment of COVID-19 should allow it to make a quicker rebound than most other economies in the region and its GDP growth can be around 2.3% this year, Sian Fenner, an economist from Oxford Economics wrote in a July 14 report.