Vietnam’s rice output is more than enough to satisfy domestic demand, but country is importing rice from India to use mostly for animal feed. 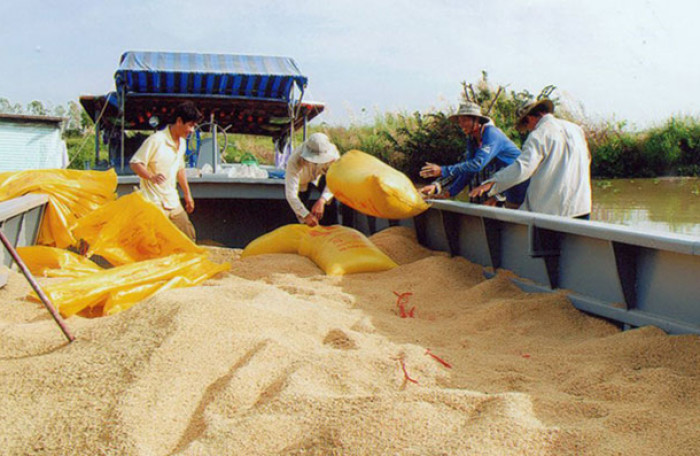 The fact that Vietnam, one of the three biggest rice exporters in the world, is importing rice from India may be surprising. Director of the Department of Crop Production Nguyen Nhu Cuong, however, said there was a bountiful crop and high output of 42.8 million tons in 2020, and no rice shortages.

Rice production in the first days of 2020 is going as usual. Mekong Delta provinces will begin harvesting the winter-spring crop in January with expected output of 1.2 million tons.

“I can say for sure that Vietnam imports rice from India not because of deficiency. The domestic output is quite enough to satisfy domestic demand and we have abundant rice for export,” he said.

Vietnam’s enterprises have imported 70,000 tons of rice from India, all of which are 100 percent broken rice, and will be used as animal feed.

Analysts said that India’s 100 percent broken rice has low quality and is not as delicious as Vietnam’s exports.

Regarding rice production in 2021, Cuong said drought and saline intrusion will occur. However, MARD and local authorities have solutions to avoid saline intrusion by changing rice varieties and rescheduling sowing.

The winter-spring crop in the Mekong Delta for harvesting is an early crop as farmers changed the cultivation schedule of the crop to avoid the impact of saline intrusion.

According to Cuong, rice output in 2021 is estimated at 43 million tons.

Replying to Reuters, a HCM City-based rice company said the imports from India are mostly used for animal feed and brewing because the rice has low quality.

Meanwhile, Dan Viet quoted Nguyen Quang Hoa, director of a rice export company, as saying that Vietnam’s companies imported rice from India because the products are very cheap and the import tariff on broken rice is low. The imports are mostly used to process vermicelli, cakes or beer.

Reports from GSO confirmed this, showing an increase in the proportion of high-quality rice varieties, from 50 percent in 2015 to 74 percent in 2020.

Rice exporters have bumper year, VN becomes No 1 in the world

The year 2020 has been a challenging year for many business fields, but not for rice production and exports. Vietnam has surpassed India and Thailand in terms of rice export price.

Surpassing Thailand, Vietnam becomes No 2 rice exporter in the world

With a bumper crop and good export prices, Vietnam’s rice export volume and turnover have exceeded Thailand’s, making the former the second largest exporter amid the Covid-19 crisis.