Vietnam draws up roadmap to eliminate monopoly in power sector

A solution for the power industry has been put into discussion: selling entire power plants to investors after they are put into operation.

The Ministry of Planning and Investment (MPI) is consulting with relevant ministries and branches about a draft strategy on the development of EVN (Electricity of Vietnam_ by 2030, with a vision until 2045. 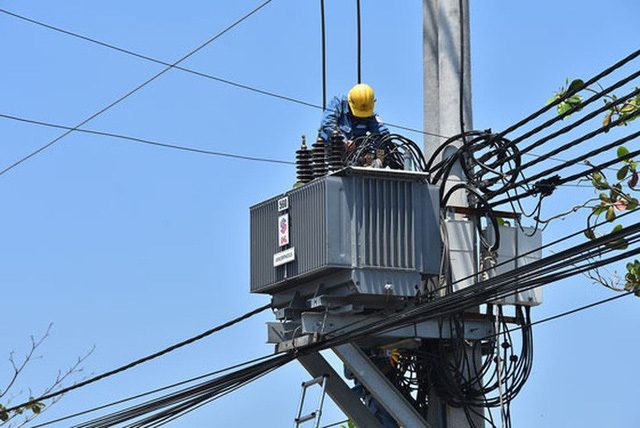 The document emphasises the principle of ensuring a healthy financial situation for EVN, preserving and developing the state’s capital in EVN, and EVN’s capital in other enterprises.

To reach that end, the compilers believe that it is necessary for the holding company to keep suitable ownership ratios in subsidiaries that generate and retail electricity. This will restructure financial investments and get capital for new power plants.

One of the solutions is to gradually divest capital from power generation companies in stable operations, where EVN doesn’t need to hold a controlling stake, in order to seek capital to pay debts or develop new investment projects.

Vietnam could sell power plants after they become operational to outside investors to raise funds for new projects.

It is also necessary to equitize independent companies where the State doesn’t need to hold 100 percent of capital. This leaves more room to invest in power generation, transmission, distribution companies and supporting services.

The Party Politburo’s Resolution No 55 on the national energy development strategy by 2030 released earlier this year mentioned important solutions, including the encouragement and creating of favorable conditions for the private sector to contribute to the power development.

Ngo Tri Long, a respected economist, commented that it is reasonable to build an EVN development strategy on the basis of Resolution No 55, which comes in line with the policy on removing the monopoly and gradually privatizing the important energy sector.

The moves taken by the government in recent years have been following the strategy. It doesn’t act as a guarantor for EVN to borrow money on a large scale, but only to borrow money to develop power transmission projects. It has also been moving ahead with the privatization of the power sector through the deployment of stages in the competitive power generation market.

An analyst commented that though private investors have become involved in many power projects, this is the first time a proposal on selling some state-invested power projects to foreign investors has been made officially.

Long warned that project valuation will be a complicated issue if the government sells state-invested projects to investors.

“There must be a professional organization to assess the value of the projects to ensure that the projects can be sold at market prices,” Long said.

Two electricity officials in the central province of Quang Binh have been suspended following a case in which a local family was reported for an abnormally high electricity bill.

The Ministry of Industry and Trade (MoIT) is proposing reducing power price tiers from the current six to five levels.

icon
Amid global uncertainty, even traditional markets may be vulnerable: experts
icon0