The gap among commercial banks is wideneing with top-tier banks leaving others far behind. However, they are not problem-free.

Eximbank finally organized a shareholders’ meeting after two failed attempts. However, with the presence of more than 94 percent of voting shareholders, 55 percent did not agree with the business plan submitted by the board of management. 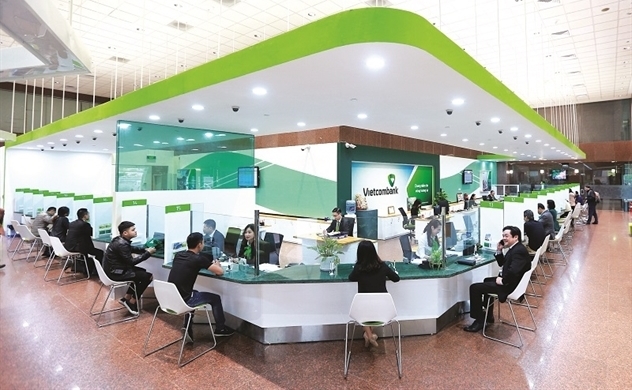 The current image of Eximbank, in complete disorder, is different from the past.

In 2012, Eximbank reported impressive business results with the ROE at 14 percent. This allowed Eximbank to become one of two banks listed among the 50 most effective businesses in Vietnam, according to Nhip Cau Dau Tu and Thien Viet Securities.

This was the ‘S-class’ list of companies listing shares on the bourse. Sacombank was also among the list.

However, now, shareholders of the banks are complaining at the banks’ meetings.

Le Duc Tho, chair of VietinBank, noted that ‘VietinBank has reached the critical point’ at a bank’s shareholders’ meeting lately, complaining that VietinBank had not increased charter capital since 2013.

In 2018, its profit was just 37 percent of Vietcombank, another state-owned bank, while the profits of the two banks were nearly the same in previous years.

These names have been replaced by others in the so-called S-class list. Besides Vietcombank, the others which have become well known include Techcombank (TCB), VP Bank (VPB), Military Bank (MB), ACB, HDBank (HDB) and TPBank (TPB), in order of capitalization value.

Meanwhile, a report of the State Bank showed that the average ROE of the banking sector is 9.06 percent, while the figure is 10.21 percent for state-owned banks.

More and more banks have added their names to the list. In 2016, only two banks found their names in the list, but the figure rose to seven in 2018.

In that year, many banks reported big profits. Vietcombank reported pre-tax profit of VND18.3 trillion, an increase of 61 percent over the year before, which was much higher than that of BIDV and VietinBank.

Nghiem Xuan Thanh, chair of Vietcombank, said the profit of $1 billion in 2019 is within reach.

Among private banks, Techcombank is a big name with record high profit of VND10.661 trillion, up by 31 percent.

Eximbank rocked by resignation of chairpersons

A number of key personnel of Eximbank have resigned and three chairpersons have quit over the last three months.