The national flag air carrier is still moving ahead with its plan to buy 50 narrow-body aircraft, though it has reported a loss of VND2.6 trillion in Q1.

Vietnam Airlines is urging appropriate agencies to approve its plan on the procurement of 50 new narrow-body aircraft, saying that now is the right time to buy. 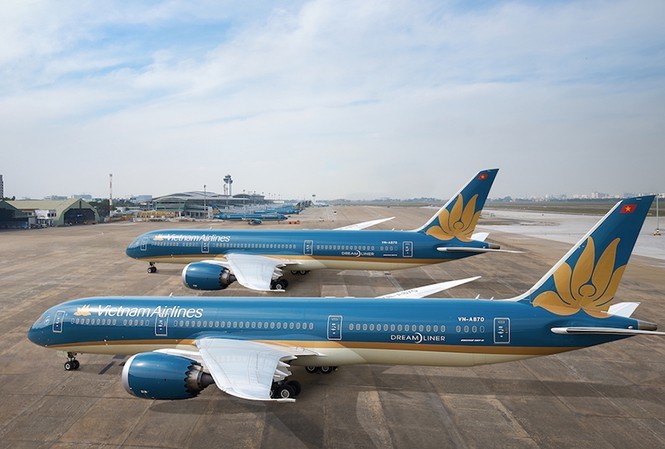 The plan was approved at the 2019 shareholders’ meeting but it has not been approved by state agencies.

Duong Tri Thanh, CEO of Vietnam Airlines, affirmed his determination to buy more aircraft even in the context of the Covid-19 crisis.

He said it is a very difficult time for the world’s aviation industry because of lockdowns and travel restrictions, but that
now is the time to negotiate to buy aircraft as some airlines have canceled their orders.

In normal conditions, an airline would receive aircraft deliveries three to four years after it places orders. In current conditions, it can expect earlier deliveries.

The aircraft to be bought this time will be used in the post-Covid-19 period.

Thanh affirmed that Vietnam Airlines has experience from similar investment deals in the past. In 2001, it bought B777s and in 2007-2008, B787s and A350s. Later, when the global economy recovered, the air carrier became one of the first airlines in the world using wide-body aircraft.

If Vietnam Airlines orders 50 aircraft now, it would only have to pay a deposit, while the remaining money would be paid two to three years after it gets deliveries. Thanh is sure that by that time the economy will recover with great opportunities for Vietnam Airlines.

The total amount that Vietnam Airlines has to pay for the 50 aircraft is $3.7 billion.

At the same time, the airline plans to give back some leased aircraft when the contracts expire and take out aircraft more than 12 years old from the fleet.

Asked about the business performance of Vietnam Airlines in Q1, Thanh in mid-April said with 100 aircraft affected by Covid-19 in 2020, if the air carrier can do well in the post-epidemic period and conditions are favorable, it will need at least five years to recover the loss.

At an event in early April, Thanh estimated loss of revenue of VND50 trillion this year.

Tien Phong newspaper reported that many pilots have accepted to work without pay (VND100-300 million a month).

Passenger numbers must not exceed 80% of aircraft capacity

The number of passengers on board each aircraft must not exceed 80% of its capacity to prevent the spread of the coronavirus, according to a notice the Civil Aviation Authority of Vietnam (CAAV) has sent to airlines and airports nationwide.

Vietnam Airlines has proposed the Government to lend a minimum of VND4 trillion (US$172 million) or maximum of VND12 trillion at the lowest preference interest rate to help the firm overcome serious impacts caused by the COVID-19 pandemic.