The businesses owned by Dang Thanh Tam and Dang Thi Hoang Phuong have shown signs of strong recovery as a new FDI wave is expected to come, which will strengthen the industrial real estate market. 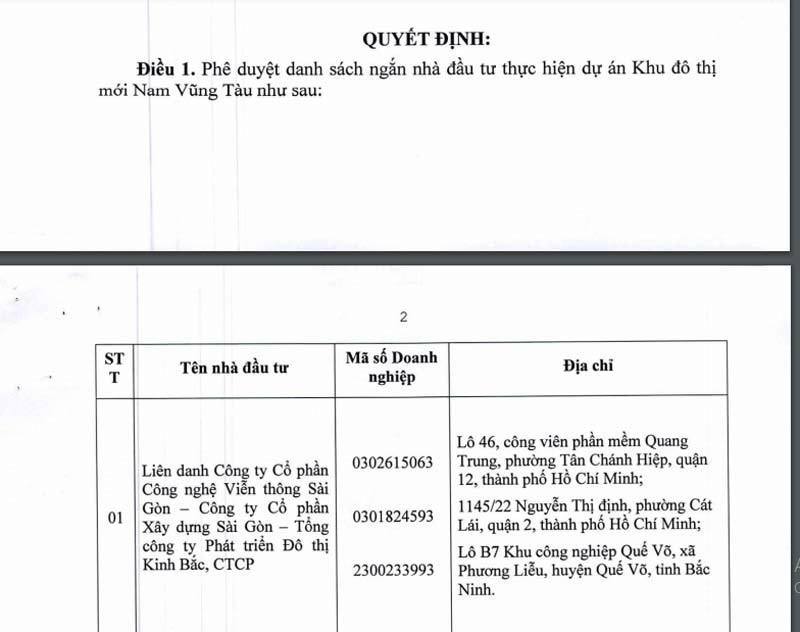 The decision on approving the joint name of Saigontel, SCC and KBC as a shortlisted investor to implement the Nam Vung Tau New Urban Area project.

The Nam Vung Tau New Urban Area project was previously named Vung Tau PetroVietnam New Urban Area, registered by Petroland. The investor planned to start construction in 2010, but the project had been postponed until the end of 2019, when the Ba Ria – Vung Tau provincial authorities revoked the investment license.

The project, covering an area of 69.46 hectres in wards 10 and 11 of Vung Tau City, capitalized at VND4.62 trillion, is seeking new investors.

The joint name of Saigontel – SCC – KBC has been shortlisted to implement the project. Two of the three names, Saigontel and KBC, are very familiar to people as they belong to the well-known businessman Dang Thanh Tam. Meanwhile, SCC was founded by Dang Thi Hoang Phuong, the younger sister of Tam.

This is a new positive sign for the enterprises of the businessmen belonging to Dang family after nearly one decade in difficulties.

As such, if nothing changes, Tam’s KBC will continue making heavy investment in the industrial real estate projects (IZ) nationwide, and urban real estate in Bac Ninh and Ba Ria – Vung Tau.

The businesses owned by Tam are believed to recover considerably recently with more projects under implementation. Tam’s elder sister, Dang Thi Hoang Yen, has also made an impressive comeback after 10 years with her presence at the 2020 shareholders’ meeting.

However, analysts say that it is now a ‘sensitive’ moment, with a lot of opportunities as well as risks as the world is still struggling with the Covid-19 pandemic.

ITA shares of Itaco owned by Yen has seen prices increasing by 2.5 times within the last six months, from VND2,500 per share to VND5,000.

Meanwhile, the price of KBC has increased from VND10,000 per share in late March to VND14,600 per share.

Billions of dollars worth of shares expected to enter bourse

A number of commercial banks are going to list their shares at the HCM City Stock Exchange (HOSE), and are expected to bring a breath of fresh air to the market, which has been stagnant because of the pandemic.