If the Covid-19 pandemic will continue to be well put under control as it is now, Vietnam’s GDP growth in the fourth quarter is likely to be higher than the first three quarters.

From now to the end of the year is the peak season while the Government’s stimulus packages have begun to take effect. 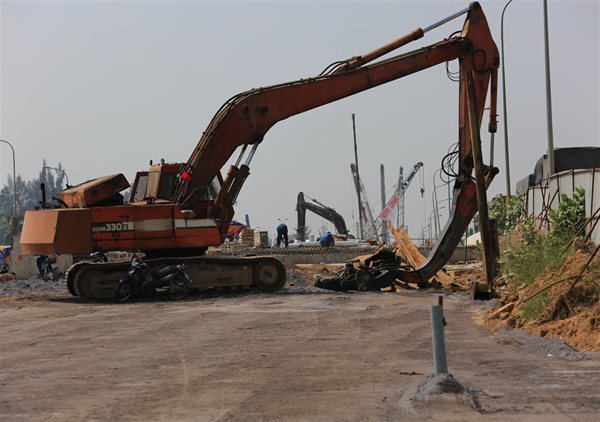 According to the General Statistics Office, the GDP growth in this year’s third quarter is estimated at 2.26% year-on-year. This is the lowest Q3 growth rate over the past 10 years. In comparison with the

second quarter when the entire economy had to shut down during three weeks in April, economic activities began to thrive again in Q3 although the recovery pace was not really high due to the return of the coronavirus in several localities. More precisely, in the third quarter, the agricultural-forestry-fishery sector rose by 2.93% against Q2, the industrial-construction sector by 2.95%, and the service industry by 2.75%.

The above growth rates added up to Vietnam’s GDP in the first nine months, which was 2.12% (Q1: 3.68%; Q2: 0.39%; and Q3: 2.62%). Given the overall growth of the entire economy, the growth of the agricultural-forestry-fishery sector did not take a plunge as it posted a 1.84% growth rate versus the average rate of 2.24% over the past five years. On the contrary, grappling with Covid-19, the industrial-construction sector and the service industry generated growth rates way lower than the same period last year.

In light of GDP, final consumption in the first three quarters of 2020 rose merely 0.86% while wealth accumulation rose 3.39%. This means that the recovery has been achieved more by supply than demand. Furthermore, a bright point should be noticed in GDP growth in the first nine months: trade surplus is rather positive at US$17 billion due to a 4.2% growth in goods export and a 0.8% decline in goods import.

Where is the bottleneck?

Generally speaking, Vietnam’s GDP growth rate, albeit the lowest in many years, remains very positive in the global context.

The chief obstacle to economic growth at this moment is low investment of the private sector, which is illustrated by the overall low credit growth at only 5.2% as of September 11. Plus, household consumption is lukewarm due to falling income and fears of the unexpected.

The SBV also issued Decision No. 1729/QC-NHNN to regulate short-term interest rates of less than six months, cutting them from 4.2%/year to 4%/year whereas the rates for deposits of longer terms are determined by credit institutions in accordance with their capital supply and demand.

For the ceiling rates applicable to short-term loans to be lent to priority sectors, the SBV has also issued Decision No. 1730/QD-NHNN which cuts the current rate of 5%/year to 4.5%/year.

As Bao Viet Securities Joint Stock Company (BVSC) has put it, the real effects on the economy of policy rate cuts have become less strong as more cuts were made. The reason is the liquidity in the banking industry has been positive since May, which has brought the interbank interest rate to a record low and lowered banks’ demand for capital borrowings via the OMO channel or recapitalization from the SBV.

Meanwhile, concerning the ceiling rate applicable to bank deposits of less than six months, the effective rates offered by commercial banks are all under 4%/year, which are already lower than the new ceiling imposed by the central bank. Basically, in the current context, the new loosened monetary policy is able to exert a relatively limited effect on total demand. Instead, BVSC contends that the fiscal policy should play the key role in stimulating the economy. What’s more, the lower the GDP growth rate this year is, the higher growth it will create next year if vaccines against Covid-19 are available soon.

Public investment has accelerated since the beginning of the second quarter and has become the growth engine as of the third quarter. During the first nine months, while investment by the private sector rose only 2.8%, only a fifth year-on-year, and that of the foreign investment sector suffered a setback of minus 2.5% (the rate was 8.4% in the same period last year), public investment soared by 13.4%, 2.5 times higher than the year-earlier period.

Calculations show that disbursement of public investment in Q4 remains enormous, at some VND397 trillion. As planned, in this October, the Ministry of Transport will kick off three component projects of the North-South Expressway (Mai Son-National Highway 45, Vinh Hao-Phan Thiet, and Phan Thiet-Dau Giay).

On October 22, 2018, Party General Secretary and State President Nguyen Phu Trong signed a resolution on the strategy for the sustainable development of Vietnam’s marine economy to 2030 and vision to 2045, known as Resolution No 36.