Surpassing Thailand, Vietnam becomes No 2 rice exporter in the world

With a bumper crop and good export prices, Vietnam’s rice export volume and turnover have exceeded Thailand’s, making the former the second largest exporter amid the Covid-19 crisis.

While the exports of many farm produce items have fallen dramatically because of the epidemic, exports of rice have been high. 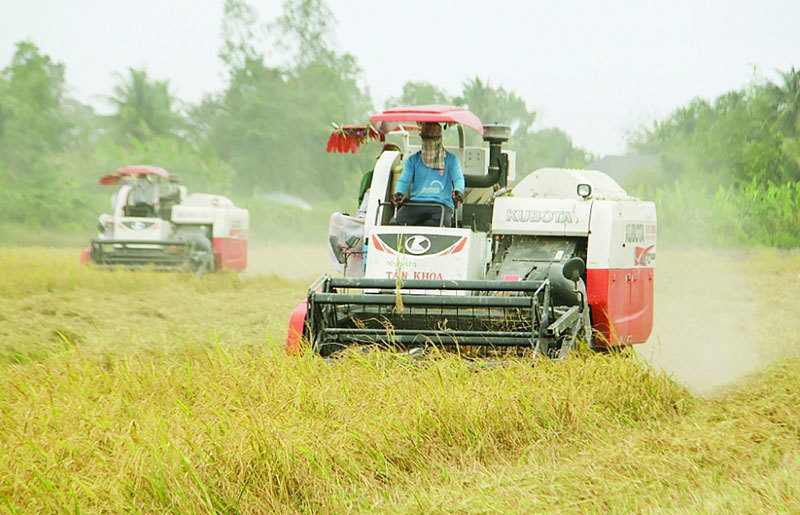 The Ministry of Agriculture and Rural Development (MARD) reported that in the first seven months of the year, Vietnam exported 3.9 million tons, earning $1.9 billion. Though the export volume decreased by 1.4 percent, export turnover increased by 10.9 percent compared with the same period last year.

The second biggest importer has been the Philippines which consumed 1.4 million tons worth $634.3 million in H1, up by 13.3 percent in volume and 30.5 percent in value.

According to VFA, of the three biggest rice exporters in the world (Vietnam, Thailand and India), Vietnam’s 5 percent broken rice price is the highest, higher by $20 per ton than Thailand’s.

An expert on farm produce market said Vietnam’s rice export price peaked thanks to the demand increase in the context of limited supply from India and Thailand.

The expert believes that Vietnam’s rice price may continue increasing because some countries have lowered exports, while the demand is high.

Besides traditional markets, Vietnam now can export rice to the EU, about 80,000 tons a year under the EVFTA (EU-Vietnam Free Trade Agreement).

The USDA (US Department of Agriculture) has predicted that the global total rice output would be 495.2 million, a decrease of 0.3 percent, while the consumption level would be 490.4 million tons, an increase of 1.3 percent over 2019.

The high exports have pushed domestic rice prices up. Mekong Delta rice was traded at VND5,000-6,700 per kilogram, up by VND200-500 per kilogram.

Nguyen Van Tam in Can Tho City, who cultivates rice on 6 hectares, said though rice is still unripe, merchants have committed to buy fresh rice at the fields at VND5,700 per kilogram, or VND500-700 per kilogram higher than the previous year.

Will technical barriers imposed by the Philippines create difficulties for Vietnam’s rice exports?

It will be difficult for Vietnamese businesses to keep stable rice exports to the Philippines in large quantities as currently seen, experts said.