The Vietnamese stock market has been witnessing new records in liquidity set, with trading volumes and value at high levels. 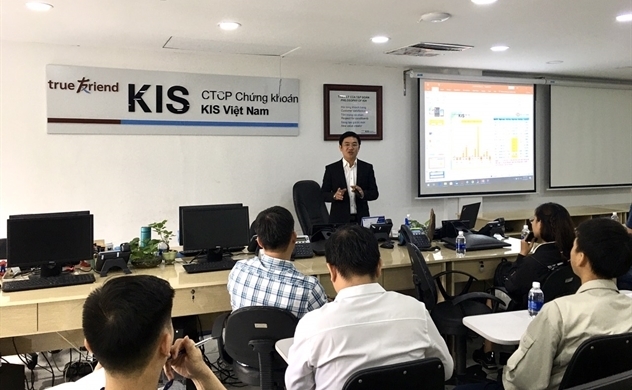 FireAnt reported that more than 700 shares were traded, worth nearly VND10 trillion, the highest level ever seen. In the entire market, trading transactions reached over VND11.8 trillion.

According to the Vietnam Securities Depository Center (VSD), from March to May, 102,700 domestic trading accounts opened, mostly belonging to individual investors.

Investors believe that they can easily make a profit in the bullish market. They can buy any share to make a profit.

However, Nguyen Kim Chi, director of KIS Vietnam Pham Ngoc Thach Branch, warned that in some cases, investors will also take a loss in the bullish market.

He explained that the sharp increases in share prices may ‘delude’ investors and prompt them to buy these shares, even though this is not the ideal time to buy. In these cases, share prices have become too high to buy, which leads to risks.

“When the market performs very well, many investors want bigger profits, which creates the illusion of power and leads to bad investment decisions,” Chi said.

According to Chi, investors should strive for a 2.5 percent per month profit level.

Nguyen The Minh, director of analysis at Yuanta Vietnam Securities, said there are many opportunities for investors in the post-Covid period to be brought by the wave of relocating factories to Vietnam, the government’s policy on accelerating public investments, EVFTA, and 4.0

The relocation wave is believed to benefit infrastructure developers such as PHR, NTC, KBC and SZC.

The recent interest rate cuts by the State Bank of Vietnam (SBV) have little impact on the Vietnamese stock market.

The Ministry of Finance (MOF) has proposed raising the limit of credit for securities investments as a solution to help businesses seek capital.