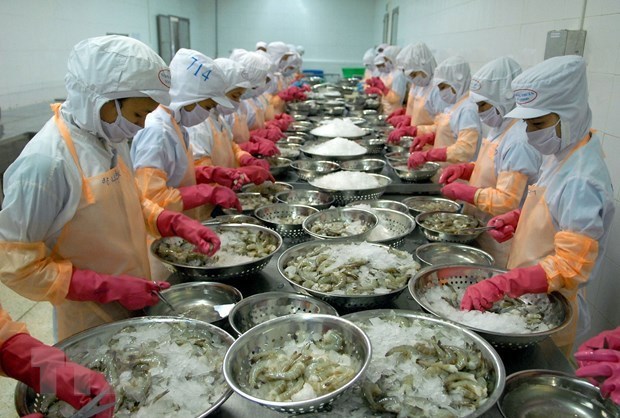 Due to the low price of domestic raw shrimp as of late October, however, breeders were not keen on continuing to breed them, resulting in a shortage in the early days of this year.

Analysts said 2021 will be favourable for shrimp exports and processing thanks to more orders coming from abroad.

Exporters have suggested adopting a flexible approach to markets and diversifying products. Enterprises have been advised to focus on meeting market demand amid the pandemic.

Scarce supply offers an advantage to shrimp exporters and processors, he said, adding that if they fail to assess the global situation and flexibly adjust production, they will face difficulties in finding opportunities this year.

When starting a business, having the bravery to take risks isn't quite enough, according to a successful shrimp farmer in the south-central province of Khanh Hoa who earns VND15-16 billion (US$650,000- 700,000) a year.