Real estate experts believe that the condotel growth will not depend on state agencies but on investors.

The Ministry of Natural Resources and the Environment (MONRE) has guided local natural resources departments to grant ‘red books’, or construction work ownership certificates, to non-housing works, including condotels. 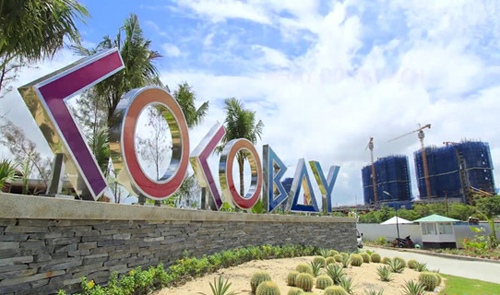 The legal document, which was issued days ago, says the ownership of condotels is 50 years in general and 70 years in localities.

Saying that the document is the legal acknowledgement of condotels, Nguyen Tho Tuyen, CEO of BHS Group, said this won’t play a decisive role in the existence of this type of property. In other words, the vitality of condotels won’t depend on the issuers of certificates to condotels, or state agencies, but on investors.

He said the type of property became very attractive when investors committed to high profits. At that time, though the condotel prices were high, clients still rushed to buy condotels because of the attractive committed profits. The market has cooled down because many developers broke the commitments on profits and failed to make payments on schedule.

“Reservations appeared among clients. And the condotel market began withering. Condotels have not been selling since the end of 2018. Newly launched projects fail,” he commented.

Tuyen believes that the condotel market not only needs ‘red book’ to grow but that real estate developers should not make commitments about profit and raising selling prices. Instead, they should focus on exploiting properties in the most effective way to bring higher profits to clients.

However, Tuyen believes that condotels will be developed well by investors, so that the properties won’t be declared dead.

There is still no regulation about conditions to mobilize capital and sell condotels to form in the future that have made investors shrink. The legal framework on the operation mechanism of resort properties remains unclear.

As a result, some real estate developers make commitments on sky-high profits and then break the commitments, thus causing clients to lose confidence in this type of product.

Meanwhile, other experts prove to be more optimistic about the development of ‘hybrid’ properties. Su Ngoc Khuong from Savills Vietnam said the granting of red book will help real estate developers stimulate demand.

Brighter condotel future set for both investors and buyers

With new guidance on granting ownership being issued in Vietnam, condotel investors are seeing a light at the end of the tunnel after more than two years of uncertainty.