According to experts, bad signs appeared in the real estate market at the beginning of the year. And the Covid-19 outbreak worsened the situation quickly. 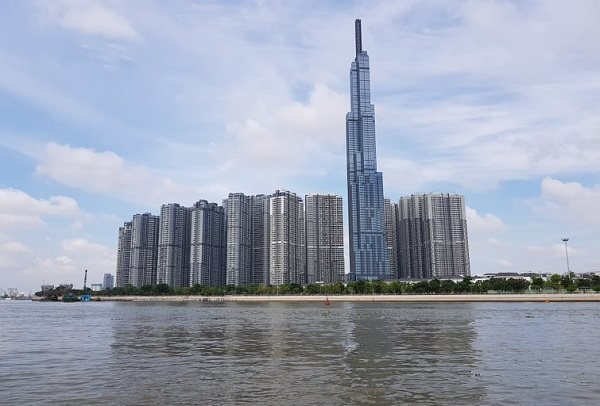 Realtors hoped that the market would see a strong recovery after Vietnam controlled the epidemic in April. However, new infection cases and the warning about a second wave have dashed hopes.

Vo Tri Thanh, a respected economist, said the real estate market is facing many problems, including external ones (the pandemic) and internal (policies and supply-demand ‘dephasing’).

He believes the problem lies in the limited supply, not in lower demand, affirming that demand always exists, even during Covid-19.

Can Van Luc, chief economist of BIDV, said his research team's survey of 15 major business fields, which make up 80 percent of GDP, found that real estate is one of the eight business fields suffering the most from the pandemic.

Meanwhile, the number of real estate businesses suspending operation because of Covid-19 soared by 98 percent compared with the same period last year.

“The figures show how big the impact of Covid-19 has been on the real estate sector,” Luc said.

Both investors and consumers are changing their lifestyle, consumption habits and risk tastes. They have become more cautious.

“In the context of the pandemic, cash is king. People tend to be more skeptical when deciding to spend money to buy houses,” he explained.

Meanwhile, the legal framework remains unclear and has improved slowly.

Analysts believe that the industrial real estate segment appears to be the only bright part of the picture this year. The demand for land in Industrial Zones has been increasing as a result of foreign investors’ relocating production bases.

According to Savills Vietnam, the industrial real estate market segment is attractive because Vietnam is seen as one of the three most attractive Asian logistics markets.

Regarding housing products, a report from the Ministry of Construction showed that there were 29,674 successful transactions in 54/63 cities and provinces in Q2.

Foreigners have bought some 16,000 housing properties across the country since they were allowed to do so in 2015, according to the Ho Chi Minh City Real Estate Association (HoREA).

Real estate developers risking it all in new segments

While flashy profit figures have made the real estate market an attractive target for many developers, the doors remain partly shut for newcomers.