The Central bank has lowered its interest rate cap three times by a combined of 1.5-2 percentage points per annum, which is the largest cut in the region. 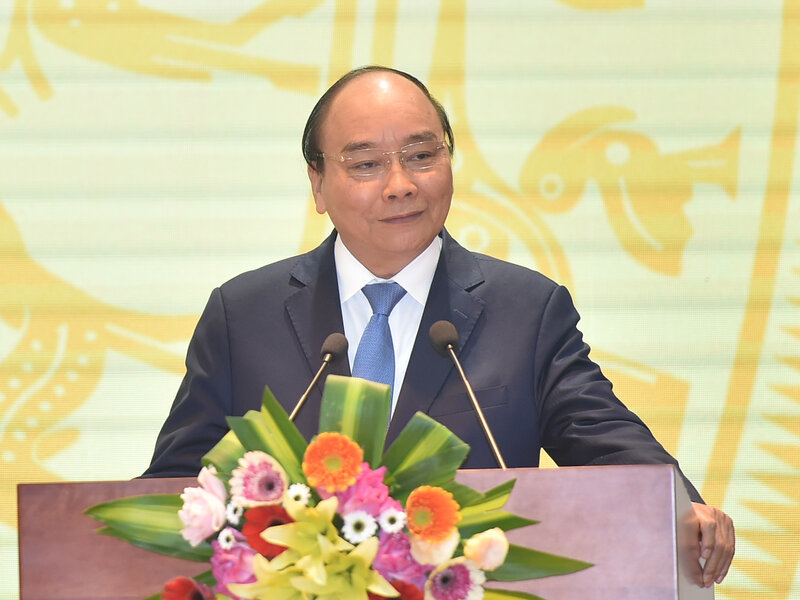 Mr. Phuc was speaking at the meeting discussing the objectives for Vietnam’s banking sector in 2021 held by the State Bank of Vietnam (SBV), the country’s central bank, in Hanoi on December 26.

Since the beginning of the year, the SBV has lowered its interest rate cap three times by a combined of 1.5-2 percentage points per annum, which is the largest cut in the region.

As of November, average lending rates have declined by 1 percentage point per annum against late 2019, while short-term interest rates in priority fields are at 4.5% per annum.

“A flexible and active management of the monetary policy by the SBV is instrumental to stabilize macro-economic conditions, put the inflation under control and boost economic growth,” added Mr. Phuc, referring to a credit growth of nearly 11% year-to-date.

“Many banks still give priority to maximizing their profits in a difficult economic year,” he said.

As the pandemic and other global uncertainties remain major risks for the global financial market, Mr. Phuc urged the SBV to set up strategies to respond to a new normal in various fields, especially in banking and finance.

Mr. Phuc requested the SBV to calculate a suitable credit growth target in 2021 for Vietnam, as the credit is still a key driving force for the economic development, while focusing on finalizing legal framework in terms of monetary and credit policies in a new development period.

Mentioning a stable macro-economic environment as the key condition for economic development, Mr. Phuc said the key priority should be to keep inflation rate under control. In parallel with such effort, the banking system is responsible for ensuring sufficient capital for production and businesses, especially in agricultural sector, export and hi-tech industries.

Mr. Phuc, however, said the SBV should continue pushing for the restructuring process of credit institutions and solving bad debts at weak banks.

“The aim is for Vietnamese commercial banks to be among the best banks of the region,” stressed Mr. Phuc.

Credit institutions have so far restructured debt payment schedule for 270,000 customers affected by the pandemic with total outstanding loans worth VND355 trillion (US$15.37 billion), while the banking system has been quick in providing support for 590,000 customers, mainly in forms of debt restructuring or freezing and waiving debt payment with outstanding loans worth over VND1,000 trillion (US$43.31 billion).

In spite of severe economic impacts of the Covid-19, the rate of cashless payments has been growing strongly in the first 10 months compared to that of last year. Mobile payment surged 189% in number of transactions at 918.8 million and 166.1% in value, reaching nearly VND9,600 trillion (US$418 billion); the number of internet transactions also reached 374 million with value of VND22,200 trillion (US$966.67 billion).