The Government has reported to the National Assembly about the implementation of EVFTA (EU-Vietnam FTA) over the last year. 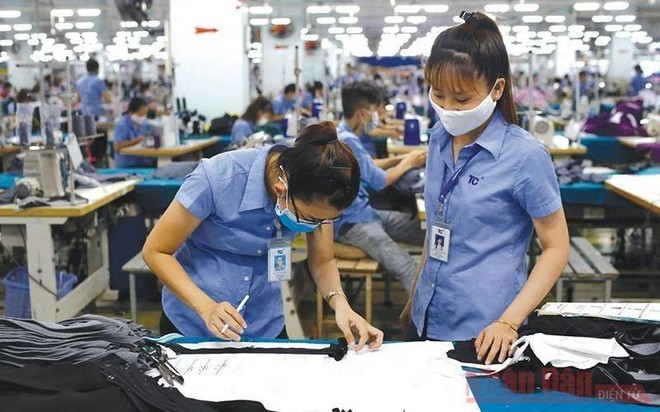 The report shows that after one year of implementing EVFTA, trade exchange and investment between Vietnam and the EU have obtained encouraging results despite difficulties caused by Covid-19.

Meanwhile, Vietnam imported $9.61 billion worth of products from the EU during that time, up by 18.9 percent.

As of September 2021, the EU had 2,242 valid investment projects in Vietnam, an increase of 164 projects over the same period last year, registered by 26 out of 27 EU countries.

Some large corporations from the EU are operating well in Vietnam, such as Shell Group (the Netherlands), Total Elf Fina (France – Belgium), Daimler Chrysler (Germany), Siemen and Alcatel Comvik (Sweden).

EU investors mostly invest in hi-tech industries. However, analysts have noticed a tendency of pouring capital into the service sector recently (post and telecommunications, finance, office for leasing and retail). They also inject money into the energy sector, supporting industries, food processing, hi-tech agriculture and pharmacy.

The Government predicts that the FDI from the EU will increase in the medium and long term with a high number of high-value projects.

To date, only 38 out of 63 cities/provinces have trade exchange with the EU, while others still focus on traditional markets and have not thought of boosting exports to the EU. Some localities have very large export turnover, but exports to the EU remain modest.

Efforts made to protect interests of Vietnamese products in EU market

Vietnam has taken various measures in a bid to protect the interest of Vietnamese products and exporters in the EU markets, according to the Trade Remedies Authority of Vietnam under the Ministry of Industry and Trade (MoIT).

icon
Use of Fintech services rises 3.5 times in 4 years in Vietnam
icon0