Forty-nine BOT (build-operate-transfer) transport projects have been reported as having revenue below expectations.

In a report on National Assembly resolutions which has been sent to NA deputies, the State Bank of Vietnam (SBV) expressed its concern about the quality of the loans to BOT projects. The VND64.67 trillion worth of loans to the projects may have to be restructured. 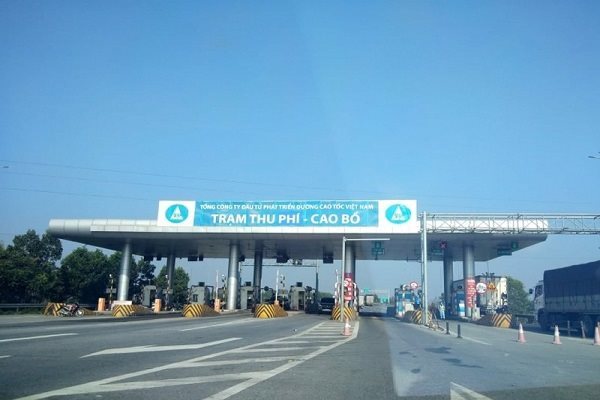 In 2019, four credit institutions signed a contract on a syndicated loan worth VND6.686 trillion to fund the Trung Luong – My Thuan highway project. The institutions are disbursing money in accordance with the project implementation pace.

SBV has been keeping a close watch over the disbursement for BOT projects, while instructing credit institutions to strictly control the credit concentration on BOT projects, and strengthen the risk management in lending to the projects. It asked commercial banks to provide syndicated loans to the projects of this kind to share risks.

However, SBV Governor Le Minh Hung showed his concern when reporting that 49 BOT projects which have been put into operation have revenue below expectations.

Meanwhile, the number of these projects, according to the Ministry of Transport (MOT), is 58 out of 60 projects.

SBV does not intend to instruct commercial banks to keep the debt group classification unchanged and restructure the debts for BOT projects’ investors as proposed by MOT.

Instead, SBV has proposed that the government instruct ministries, branches and local authorities to implement measures to mobilize all resources to ensure debt payment as per the credit contracts signed.

MOT reported that before the Covid-19 epidemic broke out, the ministry checked documents and found that 45 out of 50 projects had revenue lower than predicted in the financial plan in the BOT contract.

Of these, the two projects in Thai Nguyen – Bac Kan and Thai Binh had revenue equal to 13-15 percent of the expected figures, while three projects in Thanh Hoa, Thai Binh and the Cai Lay BOT fee collection station in Tien Giang province could not collect fees and were told to temporarily stop collection.

MOT reported that BOT project investors are meeting difficulties because of Covid-19. The epidemic and the social distancing measures have led to a reduction in traffic and decrease in investors’ revenue.

The ministry asked the government to allow a higher BOT fee to support investors. However, the proposal has been facing strong opposition from the public, especially from transport and logistics firms.

The Ministry of Transport’s (MOT) proposal to increase the BOT toll fees has faced strong opposition from logistics firms.

HCM City will continue to strengthen the fight against COVID-19 while also prioritising socio-economic development in the second quarter of the year, the secretary of the city Party Committee told a meeting on Wednesday.