As many as 102,000 trading accounts opened in the last months, showing the attractiveness of the stock market.

When Asian stock markets simultaneously witnessed increases in the sixth consecutive trading session on June 8 thanks to good news about the US labor market, the Vietnamese market also had a good trading session with liquidity booming on the same day. 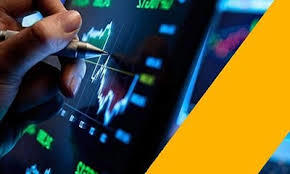 Meanwhile, according to Zingnews, foreign investors had a net purchase of VND250 billion worth of stocks on June 8.

Around 529 shares saw prices increasing this trading session on the three bourses (HOSE, HNX and UpCom) which account for 60 percent of listed shares.

Military Bank Securities commented that the high liquidity seen in gaining sessions showed the investors’ high expectations on the continued recovery of the market.

The current factors are supporting VN Index rise. The two most positive factors are Vietnam’s success in containing Covid-19 and the National Assembly’s approval of EVFTA and EVIPA.

Observers noted that more investors have joined the market in recent days. The Vietnam Securities Depository Center (VSD) reported that there had been 2.473 million domestic transaction accounts as of May 31, mostly belonging to individual investors.

As such, more than 34,000 new domestic transaction accounts had been opened compared with April. And within three months, from March to May, more than 102,700 new accounts were opened.

By May 31, there had been 10,508 transaction accounts belonging to domestic institutional investors and 33,200 accounts of foreign investors, including individual and institutional ones.

Regarding the market liquidity, analysts commented that there is a strong cash flow in the market. The average trading value at the HCM City Stock Exchange (HOSE) was VND4.5 trillion per trading session in May. Most trading sessions in May had trading volume higher than the average volume of the last 20 sessions.

Within three months, from March to May, VND3.8 trillion worth of securities were traded each session via the order-matching system.

The Vietnamese stock market regained nearly 100 points after a gloomy March, producing one of the best performances among stock markets around the globe.

The stock market experienced a sharp decline in Q1. KIS Vietnam has advised investors not to ‘sell in May and go away’.