The Gioi Di Dong (Mobile World) has seen its key brands such as The Gioi Di Dong, Dien May Xanh and Bach Hoa Xanh growing rapidly, but has also had to shut down ineffective business chains. 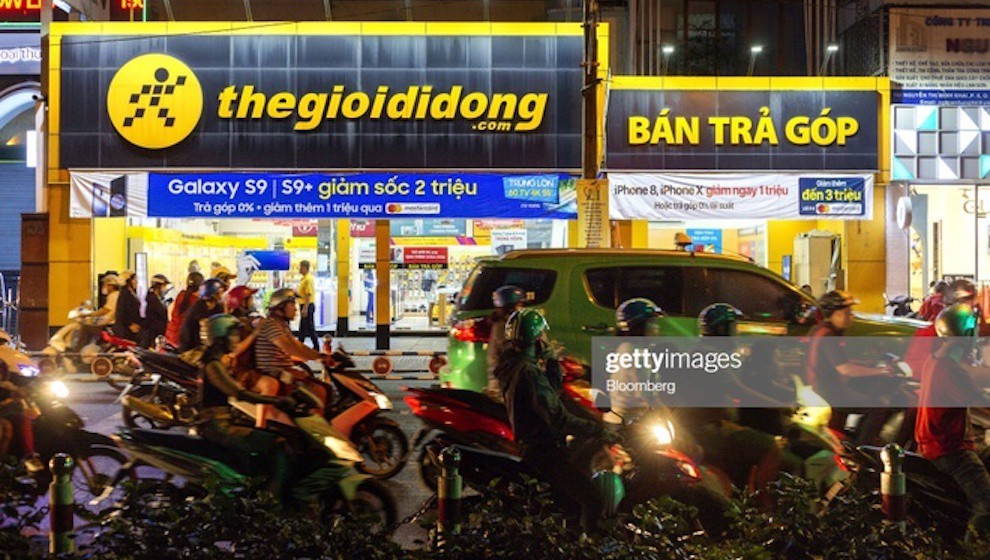 Prior to that, in September 2019, MWG opened 10 supermarkets of Dien Thoai Sieu Re chain (dienthoaiSIEURE.com) in Go Vap district in HCM City.

Unlike The Gioi Di Dong, Dien Thoai Sieu Re was positioned as the distributor of phone models with prices 10 percent lower than products sold at thegioididong.com, and models priced at below VND8 million.

Dien Thoai Sieu Re does not provide ‘5-star’ services that The Gioi Di Dong provides, such as allowing customers to experience products before buying and exchanging products if the products have errors.

With Dien Thoai Sieu Re chain, there is only one consultancy officer in each shop, and there is no wi-fi service and no customer reception staff. Customers have to bring their products to the manufacturers’ maintenance centers themselves.

As the new business model failed, it was shut down by the owner on June 29.

Doan Van Hieu Em, CEO of MWG and Dien May Xanh, admitted that Dien Thoai Sieu Re did not bring the expected results, but it helped the company develop more effective new models.

Em said Dien Thoai Sieu Re and its other retail chains, such as watch and glasses retail, Dien May Xanh 4.0 model and laptop centers, are all trials by MWG. If they bring encouraging results, they will be ‘multiplied’.

Prior to that, MWG had to shut down some business models it found ineffective to gather strength on models with more potential.

Vuivui.com, an e-commerce website, was shut down in 2018, just two years after opening, though MWG’s managers hoped that its growth rate would surpass Thegioididong.com after 4-5 years.

Vuivui.com was a B2C e-commerce website. MWG’s prospectus showed that Vuivui.com brought VND75 billion in revenue, not a large contribution to the holding company.

Before the official closing, Vui Vui stopped distributing many types of products, while focusing on selling fast-moving consumer goods. It finally was merged with the online sale channel of Bach Hoa Xanh.

Analysts say that MWG then made a wise move. Bach Hoa Xanh has been developing very strongly, while many other e-commerce sites such as Robins.vn, Adayroi and Lotte.vn have had to shut down.

MWG also tried to jump into the drug distribution market by acquiring 49 percent of shares of Phuc An Khang drug store chain. However, the investment did not bring the desired effects.

Mobile World JSC is asking for a 50 per cent discount on its store rental costs across the country for 12 months due to the COVID-19 pandemic.

News about the launch of Vsmart Aris 5G smartphone made in Vietnam by VinSmart has appeared in Forbes, The New York Times, Reuters and The Star.

icon
Fruit exports to China fall, but are offset by more exports to Thailand
icon0