Many businesses indifferent to EVFTA

EVFTA is expected to pave the way for Vietnam’s enterprises to exploit the EU market and its 500 million consumers and GDP of $18 trillion.

Soon after the National Assembly of Vietnam approved EVFTA, an importer in Europe contacted a footwear company in Vietnam to discuss a plan to increase imports from the company. However, the director of the company was not sure about preferential tariffs. 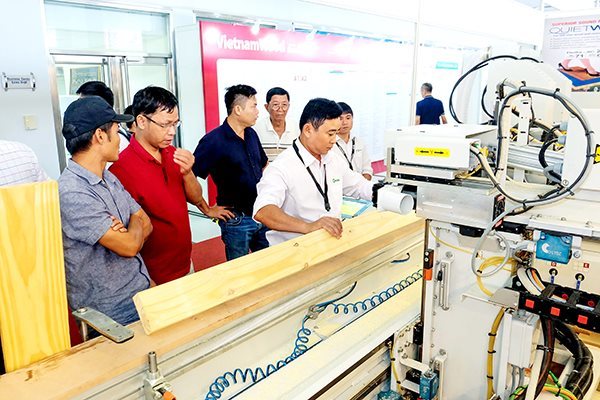 He that the company has been exporting products to Europe for many years, but importers always calculated the taxes and therefore the company did not have much knowledge about the tariffs.

He said he doesn’t know what he needs to do to adjust the material usage to take full advantage of the preferential tariffs under the new trade agreement.

The EU has committed to remove import duties, as soon as the agreement comes into effect, for 37 percent of footwear tariff lines.

Unlike leather shoes which are subject to 7-year protectionism, the tariffs on sports shoes, which account for a large proportion of exports to the EU, will enjoy tariff cuts as soon as the agreement takes effect.

The company, with 100 workers working at three factories in HCM City and Tra Vinh province, is not alone.

The participants at a recent workshop on opportunities from EVFTA said that SMEs, which account for the majority of Vietnamese enterprises, remain indifferent about EVFTA.

Minister of Industry and Trade Tran Tuan Anh said last week that the ministry has changed the way of popularizing EVFTA compared with other agreements. It has been joining forces with ministries and branches to organize seminars and events to introduce the agreement to businesses.

However, local newspapers report that 70-90 percent of SMEs don’t have knowledge about the basic provisions of the agreement.

He noted that many local businesses "sit and wait for clients to come and for goods to receive", but they don’t take care about taxes.

The Vietnam Chamber of Commerce and Industry (VCCI) has also noted that businesses, the beneficiaries of the agreement, don’t have necessary knowledge. They think they cannot play in such a large business field and cannot approach the choosy EU market, so they ‘stay outside of the game’.

EVFTA is expected to have the highest commitments among the FTAs Vietnam has signed so far. However, experts say it is not a magic wand and it won’t bring benefits if Vietnam’s businesses aren't prepared to use it.

EVFTA benefits yet to be seen

While the whole world was aggressively fighting Covid-19, Vietnam and the European Union ratified the EU-Vietnam Free Trade Agreement (EVTFA).