Two Japanese automobile manufacturers have launched two of their best sellers – CR-V and Mitsubishi Xpander. Both of them are assembled in Vietnam. 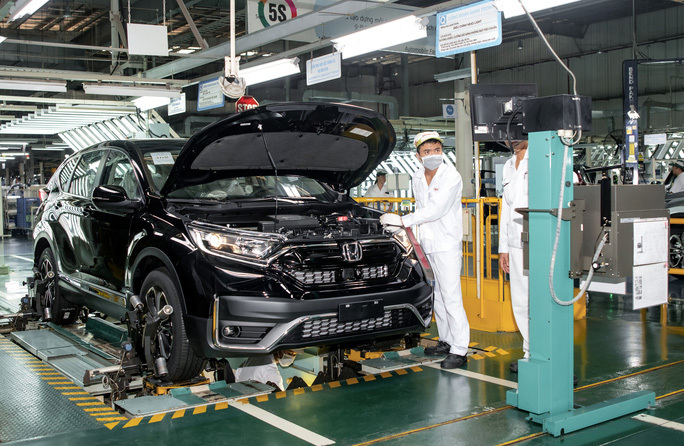 Honda CR-V is Honda’s strategic product with five generations since its first launch in the world in 2016. More than 26,000 products have been sold in Vietnam since 2017.

At the Mitsubishi Xpander 2020 launching ceremony at its factory in Binh Duong, managers of Mitsubishi Motors Vietnam (MMV) said the assembling of the best selling model in Vietnam shows the manufacturer’s efforts to scale up its production here and contribute to the development of Vietnam’s autonomy.

The Japanese manufacturer affirmed that there is no quality difference between Mitsubishi Xpander 2020 assembled in Vietnam and imports and that they meet Japanese quality.

Xpander joined the Vietnamese market two years ago and 27,000 products had been sold by June 2020.

CEO of Ford Vietnam Pham Van Dung said the manufacturer has just expanded its factory in Hai Duong in preparation to increase production capacity and assemble some new models for the domestic market.

Rapid-fire news about the assembling and launching of new car models has come since the second half of July after the first quiet half of the year. More than 10 new car models have been introduced so far.

Nissan Navara Black Edition was launched on July 15 with considerable improvements in design and technology. The first pick-up model launched in Vietnam so far this year has the retail price of VND845 million.

Thaco Kia has surprised people when launching the small-size crossover Seltos without any notice in advance. Four versions of Seltos have prices between VND589 million and VND719 million.

The Vietnam Automobile Manufacturers' Association (VAMA) reported that the total sales as of the end of June had decreased by 31 percent compared to the same period last year.

According to Pham Thanh Le, administrator of otofun forum, the demand in Vietnam is never low, and if automobile manufacturers apply reasonable pricing policies, the market would be bustling towards the end of the year.