Analysts believe that new records in the number and value of M&A deals will be set in the post-Covid-19 period.

A local newspaper quoted economists as saying that now is the right time for big investors to ‘hunt’ for businesses as some of them are being sold at low prices. 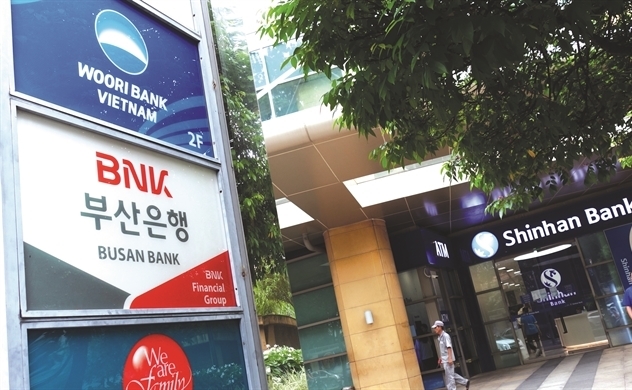 The economists said Thai investors are hunting for Vietnamese enterprises. A number of big deals have been made recently. Super Energy Corporation said it would invest $456.7 million in four power plants in Binh Phuoc province. Meanwhile, SCG announced the decision to buy Bien Hoa Packaging’s shares worth $19 million.

Vietnam is becoming an attractive destination for foreign investors thanks to investment encouragement policies, stable politics and a fast growing economy.

JLL, in its report released recently, said the Vietnamese market would continue to be bustling and attract foreign investors when Vietnam comes back to normal status after the pandemic. A series of M&A deals would be made once investors restart their operations.

Stuart Crow from JLL believes that M&A activities in Vietnam will see new records when receiving FDI capital to flow into most business fields, including real estate.

One of the hottest topics of discussion in Vietnam these days is where the huge amount of capital of $6 trillion developed countries plan to use to recover the world economy would go to.

Andy Ho from VinaCapital believes that foreign investors who can approach capital which is being pumped into economies are paying high attention to Vietnam. This is because in Vietnam they can expect attractive profits from dividends at 3-4 percent, bond interest rates of 3-4 percent and fixed-term deposit interest rates of 6-7 percent.

The Foreign Investment Agency (FIA) reported 3,528 deals of foreign investors contributing capital or buying into Vietnam’s enterprises, an increase of 11.6 percent over the same period last year, with the total value of $2.99 billion, equal to 39.1 percent.

Though the number of deals was higher, the scale of the deals was smaller, just $0.85 million for each deal.

The investors were mostly from regional countries, including South Korea, Japan and Singapore.

However, according to Dang Xuan Minh from CMAC (Corporate Investment and Merger and Acquisition Centre), the co-founder of Vietnam M&A Forum, more M&A deals, small and medium sized, will be made in the second half of the year.

The business fields that most attract investment include retail, consumer goods production, finance and banking.

Instead of setting up new businesses, some investors would rather buy existing enterprises, which allows them to save time, especially when they can buy enterprises at low prices in the post-Covid-19 period.

The coronavirus crisis is expected to create mergers and acquisitions opportunities for foreign dealmakers in the coming months as cash-starved Vietnamese companies seek funding to overcome their difficulties.

icon
The path to economic recovery and further growth
icon0

icon
Four Vietnamese-born billionaires in the US
icon0