Local enterprises must deal with challenges in FTA implementation

Vietnamese enterprises need to be proactive in terms of gaining knowledge of incentives, whilst simultaneously managing themselves in order to deal with gaps and weaknesses occurring in the implementation of FTAs, according to economic experts. 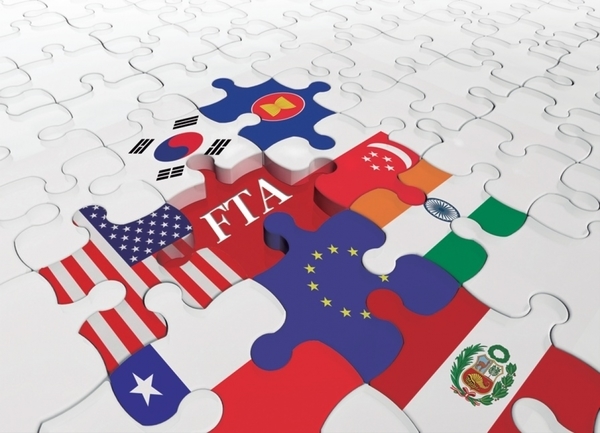 The negotiation, signing, and implementation of a series of FTAs in recent years has offered positive conditions for local firms to promote their exports and connections, whilst enjoying deeper participation in the global value chain and production network.

In the context of the novel coronavirus (COVID-19) pandemic both last year and in the early months of this year, FTAs have increasingly emerged as a bright spot in the overall picture of the nation’s economic growth.

The Ministry of Industry and Trade reports that as of April, authorised agencies and organisations have issued more than 127,296 sets of C/O form EUR.1 (Certificate of Origin), with a turnover of more than US$4.78 billion to 27 EU countries. In addition, enterprises exporting goods to the EU market also self-certify the origin for roughly 3,585 consignments worth over US$10.88 million in order to enjoy tariff preferences in line with the EU-Vietnam Free Trade Agreement (EVFTA).

Tran Thanh Hai, deputy director of the Import and Export Department under the Ministry of Industry and Trade (MoIT), says that goods with C/O form EUR.1 mainly consist of footwear, seafood, garments and textiles, agricultural products, and products such as cereals and electronics. Import markets are mostly based in countries that have seaports, distribution hubs, and transshipment centres within the EU, such as Belgium, Germany, the Netherlands, and France.

Alongside the EVFTA, the Regional Comprehensive Economic Partnership (RCEP) will cover a vast market with 2.2 billion consumers, thereby accounting for approximately 30% of global GDP and being the largest free trade area in the world.

Furthermore, the UK-Vietnam Free Trade Agreement (UKVFTA) also appears to have shown many positive signs in recent times, with Vietnamese exports to the UK during the first half of the year increasing by 22.1% over the same period from last year.

In terms of the Comprehensive and Progressive Agreement for Trans-Pacific Partnership (CPTPP), in just two years since the implementation of the deal, trade turnover between the nation and the other 10 CPTPP countries has reached US$77.4 and US$78.2 billion, up by 3.9% and 5%, respectively compared to 2018.

Nguyen Thi Cam Trang, deputy director of the Import and Export Department under the Ministry of Industry and Trade, says that in the context of almost all CPTPP partners reducing imports, the country has still achieved growth which indicates that the CPTPP has been creating a range of positive effects.

There is no denying that participating in new generation FTAs is benefiting the nation in terms of tariff reduction. However, the implementation of these trade deals also poses numerous challenges to many industries, especially in relation to quality and standards.

Nguyen Khanh Ngoc, deputy director of the Europe - America Market Department under the MoIT, commented that FTAs are also contributing to increasing competition pressure for the national economy and local enterprises. This thereby requires local businesses to comply with high standards of rules as a means of taking full advantage of opportunities and limit commercial disputes.

“Non-tariff barriers to imported goods in the markets of FTA participating countries with Vietnam will tend to increase with the high trend of protection and application of technical, labor and protection standards. This is seen as a big challenge for businesses, affecting the ability to capitalize on tariffs," Ngoc states.

Various economic experts believe that in order to make the most of opportunities from FTAs and to minimise the challenges faced, domestic businesses need to be proactive in grasping the advantages that FTAs bring, whilst also dealing with their "holes" and weakness.

To increase opportunities enjoyed by Vietnamese businesses to expand their export markets through the CPTPP, Do Thi Thu Huong, Vietnam Trade Counselor in Canada, notes that local firms must be more proactive in terms of grasping the advantages in the framework of the trade deal. In particular, import tax incentives can have a direct impact on the price mechanism between both buyers and sellers, therefore it can be considered as a basis for negotiation with partners.

“The rules of origin in the CPTPP are new and very complicated, so local businesses need to invest human resources to learn the rules and procedures to prove the origin to be able to enjoy tax incentives. Besides, management agencies should promote more online tools, organise seminars and instructions in each field and industry so that businesses can learn and seek useful information," Huong adds.

The nation’s Free Trade Agreement (FTA) with the European Free Trade Association (EFTA) is likely to be completed later this year to coincide with the country celebrating the 50th anniversary of diplomatic relations with Switzerland.