A leading Vietnamese real estate developer has reported an additional loss of tens of billions of dong, raising its total loss in 2020 to VND500 billion, though land prices are escalating all over the country. 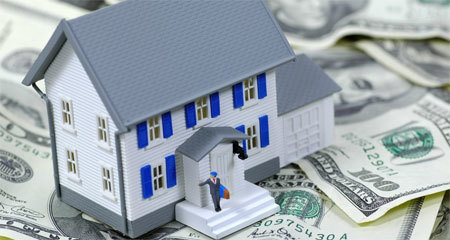 Dat Xanh Group (DXG) has released its 2020 audited financial report which shows a post-tax loss of VND496 billion, or VND64 billion higher than the loss shown in the company's unaudited financial statement.

The real estate developer attributed the gap between unaudited and audited reports to higher provisions against accounts receivable from some units in the same network.

The gap also existed in the reports released in mid-2020. The audited report showed the company incurred a loss of VND488 billion instead of making a profit as DXG transferred all its shares in LDG and had to make a provision of VND526 billion.

Under the board of management’s resolution, the enterprise decided to sell nearly 63 million shares, or 26.27 percent of LDG’s capital. At the same time, Ha Thuan Hung Construction-Trade-Service Company, a subsidiary of DXG, also registered to sell all its 25 million LDG shares, or 10.45 percent of LDG shares.

As such, the enterprises belonging to Dat Xanh registered to sell 88 million LDG, or 36.72 percent of LDG’s charter capital, at no less than VND6,000 per share.

Selling shares at this price would collect VND540 billion and incur a loss of VND500 billion.

The move was a surprise to investors as the investment in LDG is considered Dat Xanh’s strategic investment. LDG also develops real estate like DXG and is believed to have bright prospects as it owns many large projects.

The 2020 audited report showed that revenue from real estate services dropped 32 percent compared with 2019, while revenue from construction contracts dropped 40 percent to VND530 billion. The sharpest decrease was seen in apartments, houses and land, a fall of 80 percent.

Once the No 1 real estate broker in HCM City, DXG shares are no longer considered the safe choice for investment portfolios as real estate market prices have fluctuated heavily.

In 2020, real estate shares were affected by tighter credit policy of the State Bank of Vietnam, which strengthened control over real estate lending to avoid artificial ‘bubbles’.

The enterprise of Luong Tri Thin was also affected by information related to the scandal related to the public land transfer deal at Vnsteel – HCM City Metal Corporation.

Many other enterprises also faced difficulties because of Covid-19. An Truong An (ATG) and Cotec Land (CLG) could not be traded at HOSE and had no revenue and no profit. ATG was forced to delist after three years of taking a loss.

After a surge in new community COVID-19 cases which were reported last week, the State Securities Commission of Vietnam (SSC) ordered industrial units to reenact measures to stabilise market activities.