Is it necessary to set regulations on discount rates at supermarkets?

There is no regulation about the discount rates suppliers have to pay to supermarkets or the the ratio of Vietnam-made goods that must be available at supermarkets.

Talking with Tuoi Tre newspaper late last week, a representative from Central Group, the owner of Big C supermarket, said the high discount rates of 40-50 percent are shown in contracts signed between Big C and suppliers, and the rates are based on mutual agreement. 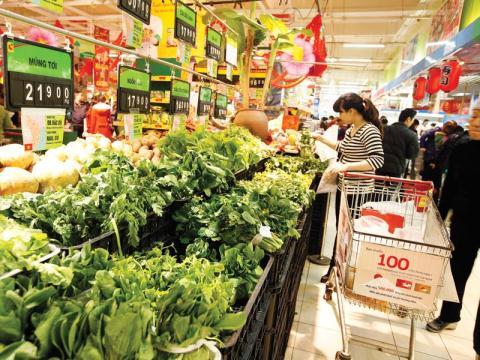 The retailer affirmed that it has applied the discount policy for a long time, even before it took over the supermarket chain. In the future, the work of seeking local supplies will continue to be implemented in a transparent way and discount rates will depend on cost prices, he said.

Experts all affirmed that the Price Law and the documents guiding the implementation of the law donor include any provision on the discount rates suppliers have to pay when bringing goods to supermarkets. The discount rates will be defined after the two parties negotiate and come to agreement.

However, under the Price Law, in some specific cases, for example, when prices of goods, including the products controlled or not controlled by the State, soar to high levels, the Consumers’ Right Protection Association has the right to ask the State to put certain products under control temporarily to ensure reasonable prices or discount rates.

Thoa believes that Vietnam’s enterprises should seek support from the association.

He said a supplier, in order to bring vermicelli to a foreign owned supermarket, was required to pay VND20 million in ‘underground fee’. It was also told to pay discount rate and other kinds of fees. The unreasonable fees then pushed the vermicelli price up and made it uncompetitive.

Big C Vietnam has suspended local purchase of garments but insists it is only a temporary measure and will not pull out of the local apparel...

The Ministry of Industry and Trade wants to work with Big C and the Vietnam Textile & Apparel Association to find out the reason why Big C has announced an end to the sale of local textile and garment products.