How much have Vietnam’s casinos earned during Covid-19?

Since 2013, the state budget has collected VND1.9 trillion a year from casinos and prize-winning electronic games.

According to the Foreign Investment Agency (FIA), licensing of prize-winning electronic games was done in accordance with the Prime Minister’s Decision 32 until Decree 86/2013 was promulgated. 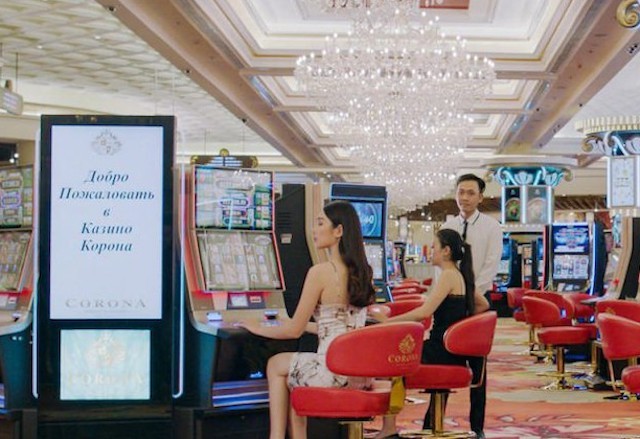 By that time, more than 20 businesses had licenses, mostly in large cities with developed tourism such as Nha Trang, Quang Ninh, Phan Thiet, Hanoi and HCM City.

On July 29, 2013, the government issued Decree 86 on the business of prize-winning electronic games for foreigners. The legal document was later amended and supplemented in the Decree 175/2016.

From the time Decree 86 took effect to December 31, 2019, 42 tourism accommodation establishments got certificates on meeting conditions to provide prize-winning electronic game services in nearly 20 provinces and cities, with the total game machines of 2,611.

The highest revenue from casinos and prize-winning electronic games is mostly sourced from southern provinces, which account for 50 percent of the total market revenue, followed by the central and northern regions.

According to Do Van Su from FIA, since 2013, prize-winning electronic games pay VND1.9 trillion to the state budget every year. Since the day a full legal framework was set, the market has been growing steadily year after year and the current market size is two times higher than it was before the promulgation of the decree.

According to Su, the government of Vietnam has allowed 11 businesses to run casinos, including 10 casinos reserved for people with foreign passports and one for Vietnamese.

Of these, eight casinos are operational, including six small ones in the northen and central regions (Lao Cai, Quang Ninh, Hai Phong, Da Nang) and two large ones in Ba Ria – Vung Tau (capitalized at over $4 billion) and Phu Quoc (over $2 billion).

Meanwhile, three casinos have not been put into operation in Quang Nam, Khanh Hoa and Thua Thien-Hue.

Corona Phu Quoc is the only casino allowed to receive Vietnamese people on a trial basis.

In 2019, the total revenue of eight businesses running casinos was VND2.5 trillion, and they paid VND1.34 trillion to the state budget.

In a document to the government, the Vietnam Association of Foreign Invested Enterprises (VAFIE) suggested developing casino services and prize winning games as a solution to recover the economy after the epidemic ends.

The Vietnam Association of Foreign Invested Enterprises (VAFIE) has suggested the development of casino services as a means of economic recovery, in a document submitted to the Government.

icon
China benefits the most from Vietnam’s trade surplus
icon0