How is Vietnam’s economy performing without the push from Formosa and Samsung?

While some economists warned of the possibility of Vietnam lagging further behind regional countries, others believe that Vietnam will still perform well.

Vietnam’s GDP growth rate was impressive in the first quarter of the year, 6.79 percent, the highest in the world. Analysts were more impressed by the way the growth was obtained. 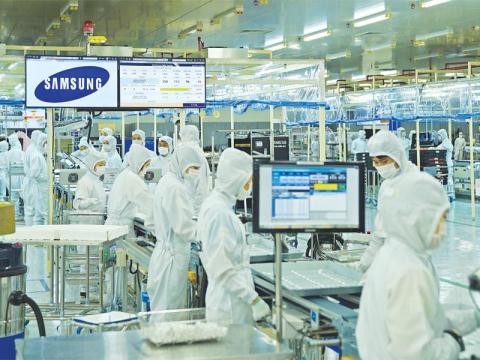 Vietnam did not rely on credit growth and natural resources exploitation to gain the high growth rate, but on reforms and business environment improvement which affected production fields, especially manufacturing.

The growth bears special significance if noting that while other export countries had minus growth rates, Vietnam kept its positive growth trend and trade surplus.

However, some economists have warned of the risk of Vietnam lagging behind other countries in the coming years. They even think that Vietnam may even lose to Laos and Cambodia despite high economic growth rates.

The GDP growth rate is believed to be dependent on Formosa and Samsung, the two big foreign investors.

They cited a report of the World Bank as showing that Vietnam’s GDP per capita is even lower than Laos. Meanwhile, Laos and Cambodia have attracted Vietnamese workers in recent years.

Commenting about the warning, Nguyen Dinh Cung, head of the Central Institute of Economic Management (CIEM), said he doesn’t believe Vietnam will lag behind the two countries. “Vietnam is undergoing very intensive reform. Its GDP growth rates in the next 5-10 years will still be the highest in the region,” Cung said in an interview to Tri Thuc Tre.

Cung said Vietnam may not see Formosa and Samsung’s sharp increases in productivity which contributed to the nation’s economic growth as in previous years, but the country has all necessary conditions to obtain a high GDP growth rate.

Over many years, the major driving force of the economy came from large foreign invested enterprises. In 2017, for example, Vietnam generated $220 billion worth of GDP, of which Samsung alone made up $60 billion.

Experts pointed out that the economic growth relying on foreign invested enterprises, not on powerful domestic enterprises, would not be sustainable

Dinh The Hien, an economist, in an VTC News interview, commented that Vietnam should put high hopes on medium sized enterprises. However, the enterprises are at a disadvantage compared with large state-owned corporations which enjoy monopolies and preferences in accessing land and capital.

Will Samsung set up a third smartphone facility in Vietnam?

Where will Samsung go after leaving China — India or Vietnam?