How are craft villages doing amid COVID-19?

The mobile phone of Nguyen Van Nam, director of Nam The Cooperative in Bac Giang province specializing in making noodles, rang frequently in March and April with calls from clients who ordered products. 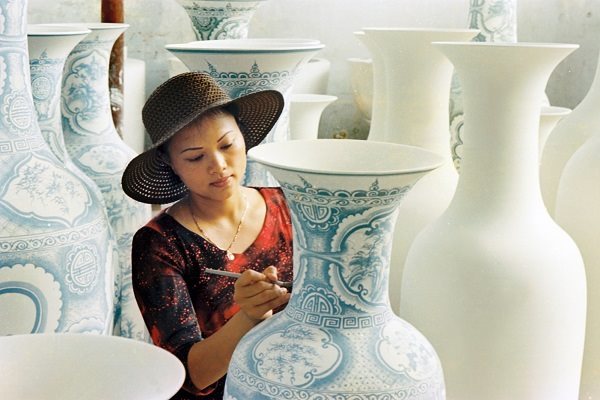 Nam said the craft village was extremely busy during these months, and has been less busy since early May.

“Supply was limited, while demand soared,” he explained, adding that Nam The can make 5 tons of products each day.

People rushed to buy food to store in early March, when coronavirus patient No 17 was discovered. Nam and other producers in the village never imagined that their noodles would be in such high demand one day.

“Trucks came to our village and had to wait days to get deliveries,” he said.

There are 300 households in the village, belonging to eight cooperatives making noodles, and all of them had to work extra hours to satisfy demand.

Vermicelli craft villages were also very busy. The Phu Do vermicelli village in Nam Tu Liem district in Hanoi reported that its output has increased by 2-3 times since the epidemic outbreak.

Nhan, a member of the village, said she can sell 200-300 kilograms of vermicelli at Thanh Cong Market, or 2-3 times higher than ordinary days.

While noodle and vermicelli villages became busier, other villages have been sitting idle.

When the epidemic broke out, farmers in Tay Tuu flower village could still sell flowers though sales fell sharply. But then dropped to nothing after the Prime Minister launched the social distancing campaign.

Beautiful flowers turned into rubbish because they could not find buyers. As a result, the flower growers in the village have incurred big losses, from tens to hundreds of million of dong.

The Bat Trang ceramics village, 15 kilometers away from Hanoi’s center, has become quiet with no visitors and no trade.

The people in the village said before the outbreak, the village attracted hundreds of visitors a day and it was especially busy in the first months of the year.

However, Dinh Van Phuc, the owner of a workshop there, said production has become paralyzed because of Covid-19, and there are no domestic buyers and orders from other countries.

Meanwhile, the Dong Ky woodwork village with 1,500 households making products to serve domestic demand, has reported a sharp fall of 80 percent in production. The same situation can be seen at Van Phuc silk village.

Bac Ninh is having to deal with pollution caused by rapid urbanisation, large industrial zones and craft villages.

In recent years, craft villages in Ho Chi Minh City have introduced their products on online trading platforms. This has helped the villages trade efficiently and assert their brand value.